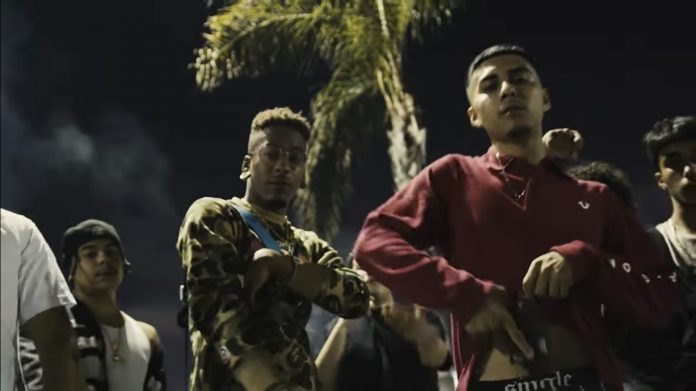 MoneySign $uede is back yet again, and this time he’s joined forces with AzChike for their grimy “Geeked Up” collaboration.

The eerily woozy video for the 88thagang-produced banger “Geeked Up” arrives complete with cameos from AzChike himself and viral “6Block” rapper Peysoh.

“She gone let me fuck first night/I’m to the point where I don’t even gotta try/Geeked up I just took a red light/I’m in the stu with Chike with like five pipes,” MoneySign $uede raps before handing it over to AzChike.

Last May, $uede’s seminal “Back To The Bag” hit single was taking over the streets of L.A. — racking up well over two million views on YouTube and continued to boost his buzz while he was incarcerated.

Watch the full video for “Geeked Up” below.