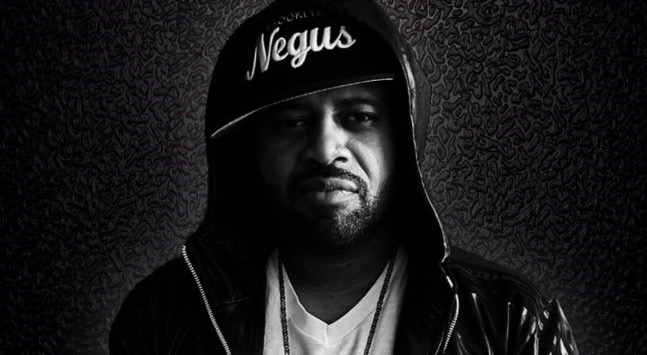 Mr. Complex rose to prominence as an emcee, establishing a cult following in the mid 90s following the release of his first single produce by Organized Konfusion, and the DJ Spinna-produced second single “Visualize/Why Don’t Cha”. In 1999, he recorded a project with the supergroup Polyrhythm Addicts featuring Spinna, Shabaam Shadeeq and Apani B Fly called Rhythm Related. The group reformed in 2007 with new member Tiye Phoenix to release their new album, Break Glass.

Then in the early 2000’s Mr. Complex made three critically acclaimed solo albums: The Complex Catalogue, Hold This Down, and Twisted Mister, which has a feature from actor and comedian Will Farrell. He also went certified gold by the RIAA with the English band Morcheeba for the Fragments of Freedom album.

The success of these projects lead him to work with such artists as De La Soul, Mos Def, Common, Large Professor, Biz Markie, Dilated Peoples and Masta Ace. He’s performed along with J Dilla, Busta, and Eminem, as well as touring the most parts of Europe and Asia. He also performed alongside Pharoahe Monch in his Spitkicker Tour and had a few television exposures from Live from LA on BET and Source Sound Lab on UPN.

His 2001 single, “Underground Up” was featured in the Tony Hawk’s Underground video game and in the hit romantic comedy Brown Sugar. As Trugoy from De La Soul once quoted about the rapper, “The engine of his comprehension is just too complex.”

Mr. Complex is currently directing his debut full length documentary entitled “She Should Be On The Radio”, as well as his new album, Forever New, producer by Mortal 1.

Check out his recent single, “I’m Ready” featuring Black Sheep’s Dres & Washington Heights’ own El Fudge, from the I’m In My Own Lane EP, out now on Soundcloud.