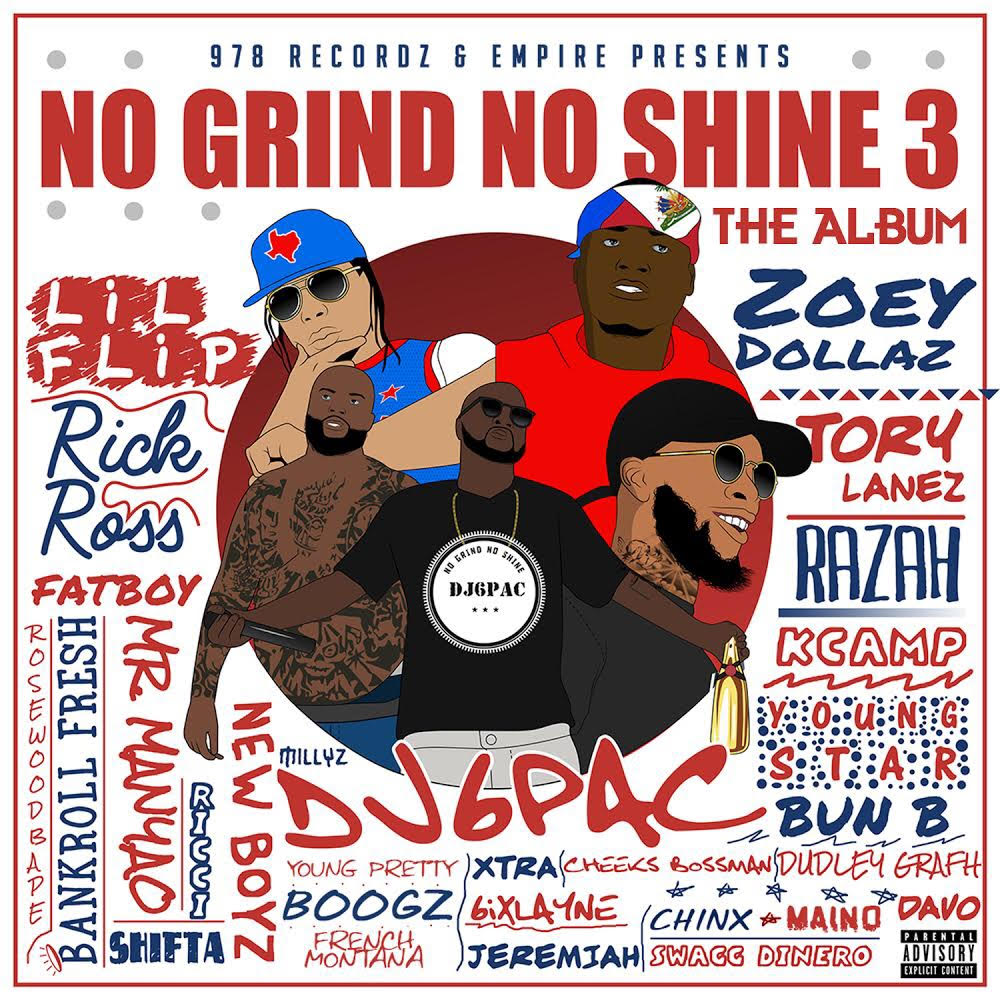 DJ 6Pac has been called “the next DJ Khaled” by several media publications on the East Coast. His ⭐️New Album “No Grind No Shine 3”⭐️, released through Empire, has quickly done 100k streams with 👊Exclusive Guest Feats👊 from 🎤 Rick Ross, Jeremih, French Montana, & LIL Flip, Boogz, Zoey Dollaz, K-Camp, Bankroll Fresh, Maino, Chinx, New Boyz, Bun B and more. Stream it below to hear all the hit collabs: