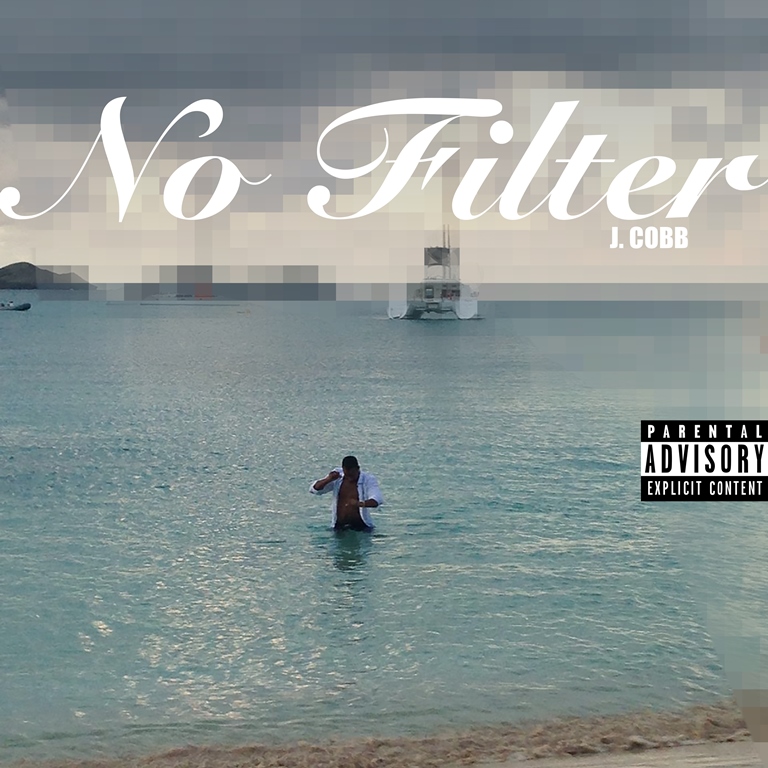 “What I really like about this project is the diversity in the songs,” J. Cobb explains. “I truly believe that there is a song on No Filter for everyone! We have classic jazz-influenced retro vibes and chill atmospheric tracks, to love songs, and on to in-your-face lyrics.”

Standout hooks on the intoxicating “Another You” and ride-out track “WhY KnoT” make for memorable moments on No Filter. Production on the album includes Chaz Conley, Ronnie Jackson, Bos Billions, and Exintoz, while the team at Detroit’s Royal House Recording had their hands in six of the songs, including J. Cobb’s personal favorite track “Good”.

“The song pretty much wrote itself,” J. Cobb says, “I will never forget the feeling asking Roger Goodman of Royal House what he thought about it, and he replied, ‘you sound like Eminem!’ That was a huge compliment for me as an artist. Obviously my goal is not to sound like Em, but he has definitely inspired me, and his writing ability is definitely one of the best.”

No Filter is available now on all digital platforms via http://smarturl.it/no-filter including iTunes / Apple Music, Spotify, Tidal, Amazon, Google Play and many more.

Listen to No Filter on Spotify here: https://open.spotify.com/album/74rEYk7Z1jjDihzdwPCcOa?si=RmGOka5SQKisVT8xI0eAyw