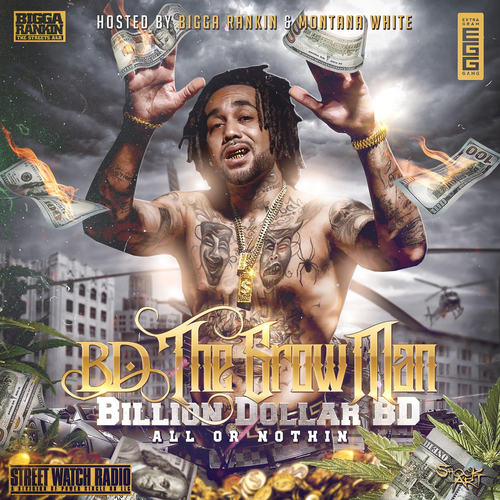 Billion Dollar BD is a hard-hitting rapper from Florida, whose “one fan at a time” grassroots philosophy has netted him hundreds of thousands of views on YouTube and respect from the Hip Hop blogosphere. Billion Dollar BD’ s charismatic personality exudes swagger and he has gained the respect of music fans from across the globe. Moreover, his matinee idol good looks have resulted into a growing fan base among females as well. Billion Dollar BD is a Rap juggernaut infused with a perfect blend of rebellious rage and charismatic cool.

The dynamic wordsmith puts heavy emphasis on visuals and image. In fact, some people assume that he is already a major label artist due to the superior visual presentation that he displays. There’s always something refreshing about an artist who feels comfortable in his own skin. At a time when there is a blur between creativity and mediocrity, Billion Dollar BD is redefining independent Hip Hop with creativity. His lifestyle is authentic.

His profound sound sets him apart from other artists in the industry,
delivering quality and robust music that doesn’t fail to impress. Billion Dollar BD is the perfect cocktail of mystery, boldness and explosive talent. In recent months Billion Dollar BD has made a tremendous impact with his hit singles “Power” and “BMF.” The singles are garnering accolades and airplay on college radio stations and mixshows from around the country.