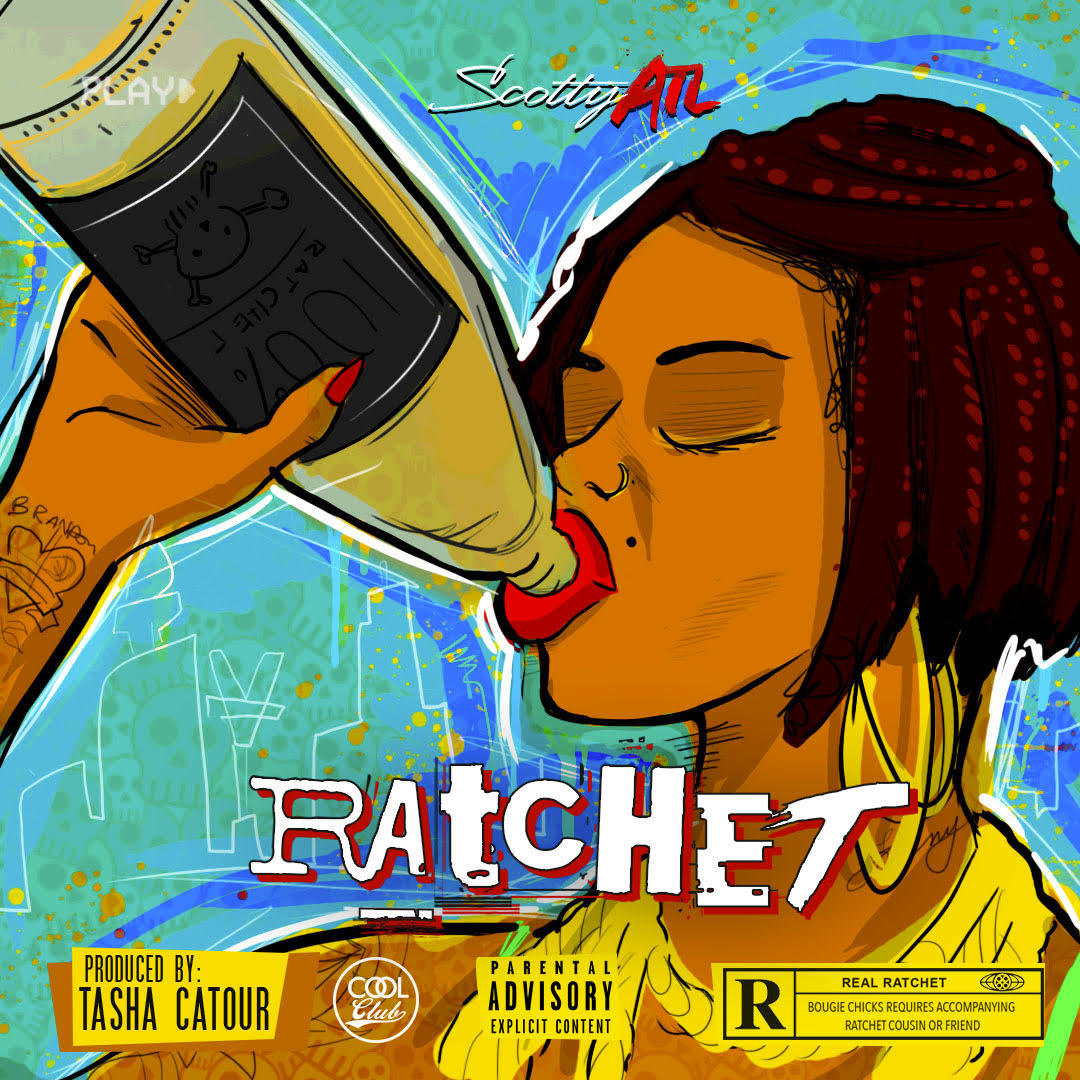 “Within the first five seconds you know it’s a hit! It makes you wanna move!”

Songwriter Scotty ATL knows a hit when he makes one, and teaming with two-time Grammy winner Tasha Catour was a sure bet with “Ratchet”. This single will appear on Scotty ATL’s upcoming album #UKWTFGO, slated for release in May via the Atlanta native’s own Cool Club in association with Empire Distribution.

In the midst of several months on the road, Scotty was determined to finish his album with the best out. “Tasha Catour sent me the ‘Ratchet’ beat when I was on tour,” Scotty explains. “I came up with the hook one night before my show in Louisville. but I didn’t record it. One day in the studio the track came on accidentally, and I asked my homie what he thought about the hook. He liked it, so I finished the whole song right there.”

Tasha Catour’s work producing, writing and/or singing over tracks with the likes of Future, Jeezy, LaCrae, Rich Homie Quan and many more have blessed her one of the most impeccable sounds in the realm of Millennial music. “The 808’s in the beat are crazy, it keeps you bouncing the whole time,” Scotty expresses. “People will latch onto this song because it’s catchy, relatable, and has a sense of humor. When ‘Ratchet’ comes on, no matter where you’re at, I want everyone to forget about all their problems and have a good time.”

“Ratchet” is available now on all digital platforms here: https://Empire.lnk.to/Ratchet and you can be on the lookout for Scotty ATL’s “Ratchet Week” antics the first week of April on his Instagram: http://instagram.com/ScottyATL, followed by his Spinrilla exclusive #WTFGO on April 9.