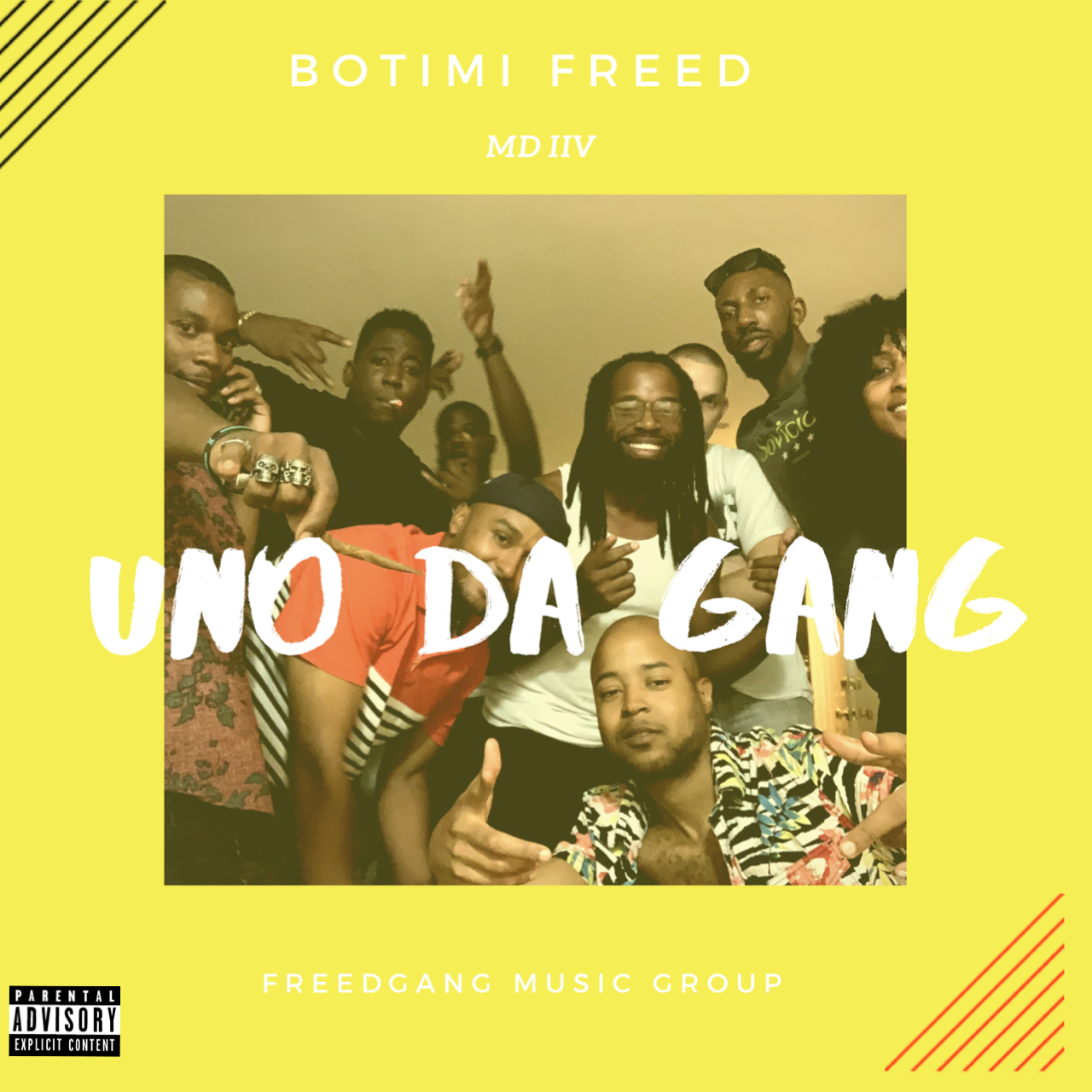 The latest Single from the heartthrob himself Botimi Freed! “Uno Da Gang ” is a soul Chant blending with whimsy lyricism #FreedGang

Botimi Freed, born 1990 as Botimi Emmanuel Egei in Houston, Texas, is a hip hop artist based in Mo County, Maryland. He moved with his family to Maryland at the early age of 12 and has been residing in Mo county since. Unlike plenty of other acts in the industry, Botimi Freed landed a passion for the art of hip hop in his late teenager years. He began rapping at the age of 17 after school classmates he would freestyle with told him he was good and urged him to continue. Since his first song recorded in late 2016, has went on to make several other pieces of music leveraging his art various platforms. Though most of his content reflects his celebration his come up from poverty and how far hes come from then.Freed mentions early musical inspirations include artists such as Tupac, Outkast, Kanye West and mos Def. According to Freed, his devotion to his creator compels him to give his best in all he does, and that includes making the greatest music he can.