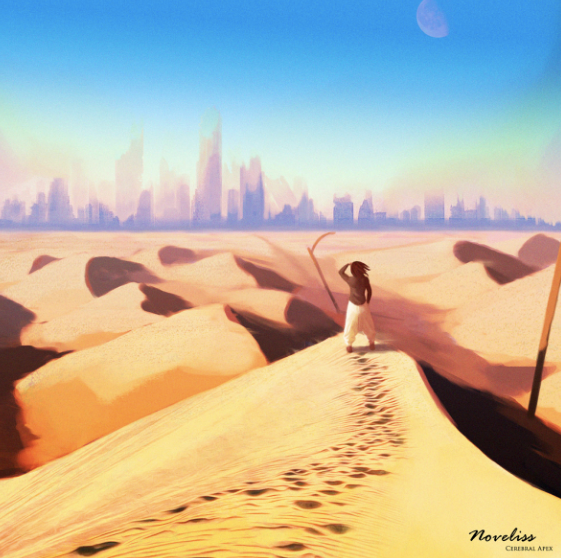 “I know I want to live off music, period. We want to quit our jobs and live off of what we love like every other dreamer, ever. I also want to just inspire people, if I can inspire then I’m doing my job.” – Noveliss

Jarred Douglas, better known as Noveliss, is a Detroit spitter who is an active member of the Motor City’s Hip Hop quartet, Clear Soul Forces. An athlete, a father, a lyricist, Noveliss defines his own brand of Hip Hop as an infusion of pop culture metaphors – especially references to Anime! A big anime fan at heart, Noveliss drew inspiration from shows like Naruto, Dragonball Z, My Hero Academia, and Hip Hop to create his own manga. The manga then inspired what would become Noveliss’ new album, Cerebral Apex. After spending the last couple of years writing, Cerebral Apex comes as what he considers the “original soundtrack” of his manga.

“The story I’ve created follows a hero named Nov, who is based on me, and his family, also based on my family. After a government screw up, the planet is destroyed and people are left with a mind evolution called the Cerebral Apex which allows them to do extraordinary things. The story is told throughout the album.”