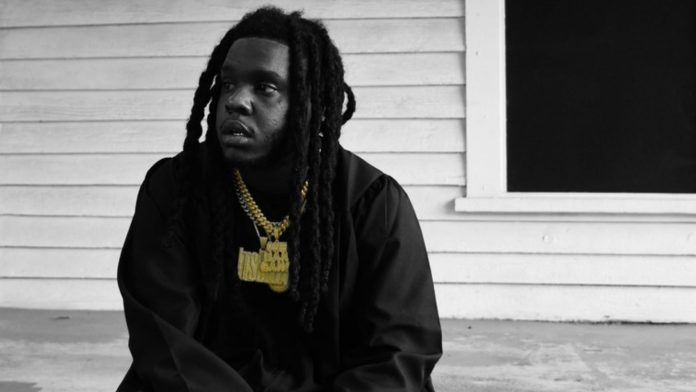 North Carolina rapper OMGitsBeezy has also overcome his own trauma with gun violence in his latest visual the same way 50 Cent did in his Get Rich Or Die Tryin’ film.

Personifying a 2018 near-death experience in which OMGitsBEEZY, whose real name is Nicholas Murphy, was shot down in North Carolina, “Repentance” captures the icons+Giants signee recounting his thoughts the moment a bullet meant to kill him left him temporarily paralyzed instead.

The official video for the harrowing release, which is directed by Fatin “10” Horton and Woosy, also opts for a twisted and suspenseful plot capturing OMGitsBEEZY in the midst of an eery out-of-body experience as he watches his own life play out like a reality show.

The release of “Repentance” initiates the start of OMGitsBEEZY’s 2022 campaign, which was already organically catapulted by the momentum he built up with his 2021 The Leaks, Vol. 2 album — the follow-up to his 2018 album of the same name.

Since he began producing his own music at 12-years-old, OMGitsBEEZY has focused on elevating his craft through a years-long process that came to a head upon the release of his breakout 2019 Boyz N The Hood project.

OMGitsBEEZY recently joined the independent record label icons + Giants, which is also home to multi-platinum artist-producer Dubba-AA, who is rolling out his artist project following his hit-making placements with rappers such as NBA YoungBoy, Lil Uzi Vert and more.

Watch the video for “Repentance” below.