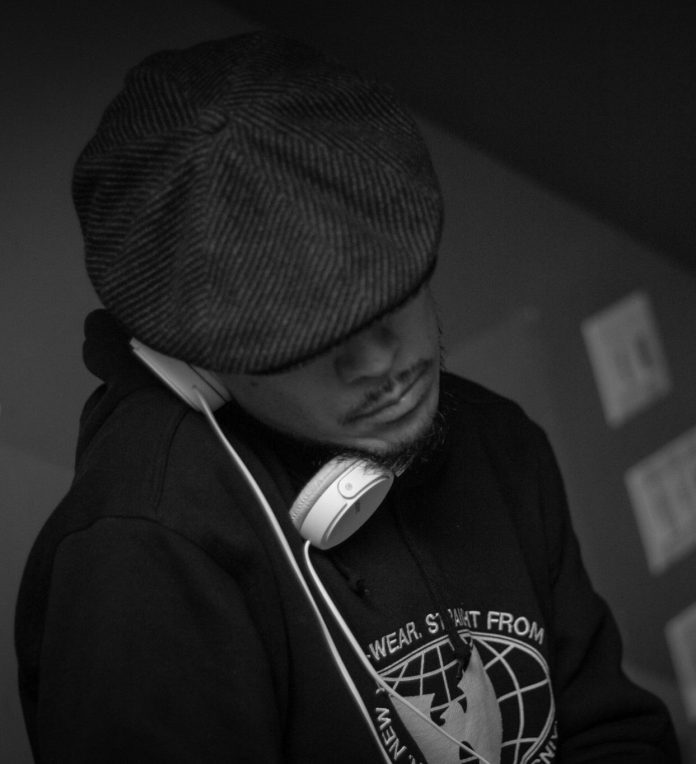 From Bushwick by way of the Far Eastern city of Tokyo, Japan, DJ Toshi has been perfecting his craft as a DJ and producer, making a name for himself broadcasting worldwide on his internet radio show, Classic Storm Radio, garnering die-hard fans from across the globe. DJ Toshi has performed for parties & shows at many venues in New York such as Webster Hall, S.O.B.’s, Mercury Lounge, The Delancey, DROM, to name a few. He is also a founder & resident DJ of one of New York’s best Underground Hip Hop events, Rock Da House.

I speak with veteran DJ on his humble beginnings and his views on the art of DJing.

What inspired you to become a DJ?

I would say that I was introduced to rap music when I happened to watch the commercial dance battle on the Japanese TV show. Some of the dancers were dancing to rap music. I was around 13 years old. Then, I started looking for rap cassette tapes at the public library. That was the beginning. I was more into dancing at first, then I

really fell in love with this music as time went by. I started djing when I heard a lot of dope music & mixtapes from the DJs such as DJ Kid Capri, DJ Jazzy Jeff, DJ Chuck Chillout, DJ Premier, DJ Tony Touch. They were huge inspirations for me to become a DJ.

What was the first turntable you played on?

When I was a kid, my father had a record player, and I borrowed it from him.  I used to try to imitate that record scratch sound with his player, well before I could afford two Technics and a mixer.  I can’t recall the name of that player, though!

What type of music did you grow up with and love to this day?

I grew up with some Japanese pop music like everybody else in Japan. Then (as I mentioned above), I got into rap music in my early teens and started listening to a lot of rap artists. I still love rap music to this day, for sure.

Once I got into making beats, I inevitably started listening & digging all kinds of music for my beats. Then, I got into a lot of different genres. Good music is always good for my ears & the soul. It doesn’t matter what genres they are… I’ve never lost my passion for music to this day.

How would you describe a typical DJ Toshi set? What makes your sound unique?

I think people would feel my set if they’ve ever fell in love with that authentic & traditional Hip Hop music. I would occasionally throw in funk, soul, original, breaks at the right time and that would make sense with my set & make my sound unique. It would be easier to play current hits and make a crowd dance but I want to be a DJ that plays something unique or classic tunes that people haven’t heard for a very long time. People would be surprised and go crazy.

Your top 5 venues are…

These are all different types of venues. But I always have fun djing in there!

Of course, a discussion would not be what it is without the vinyl vs. laptop debate. What is your stance on the topic?  Do you feel the art is lost or enhanced due to the rise of digital technology?

There are positive and negative sides to almost everything. For example, DJs who came up carrying heavy crates of vinyl from crib to gig to gig every night might appreciate how the Serato revolution has changed the game. On the other hand, DJing has become easier and more affordable, with laptops and technology and the internet (downloading music is very different from the storied practice of “diggin’ in the crates”).  So nowadays, anybody could say they’re a DJ – with no dedication and commitment to the art. I would suggest that this aspect has diminished the value of DJs & the record business.

I prefer vinyl and analog sound for sure. That’s my first love, and that’s the foundation.  However, I left all my crates in Japan when I moved to NY.  So without Serato, I wouldn’t be able to perform as

consistently. (It’d be almost impossible to recollect and re-create my physical vinyl library again.)  In that sense, digital technology has helped my situation tremendously.

It is hard to say. I DJ for different types of parties, all kinds of crowds.  It also depends on the time of day! Playing a song at 10 PM and 2 AM will most likely get totally different reactions from the same crowd. So I guess I don’t have a favorite “go-to” song.

How did Rock Da House get started?

Back in 2016, The Delancey’s booking manager asked me if I could DJ and organize a party for one of their Mondays, on very short notice. I called Psycho Les (of The Beatnuts), who was releasing the “Dank God Vol.1” album around that time, and asked him if he wanted to do his album release party with me at the Delancey. He was down, and the party turned out to be a dope night – regardless of the mad short notice the club had given me. (Big shout out to Psycho Les!)  So the Delancey was very impressed, and it didn’t take too long for my party to become a weekly thing.

So then I talked to my man Doc Ahk, who’d been collaborating and organizing shows with me for some time already, and we landed every Monday there (later, Wednesdays), to work together and bring something different to the table on a weekly basis.  We felt that there was enough talent in NYC and the area to hold this down, and we were right. (Shout out to Doc Ahk!) It wasn’t until our party started to get well known that I felt we needed a solid brand name.  So I was like, “Who rocked the house tonight the most?”  And, “Who will be rocking next week?”  …That turned into, “Who Rock Da House?” until we finally just said, “let’s keep it simple: Rock Da House!”

And that’s how Rock Da House was born.  The rest is history.

We kept it going every week at the Delancey for four years or so until the pandemic hit and the city shut down.

Right now, it’s still difficult to do the show weekly, but we haven’t stopped doing Rock Da House in NYC throughout these hard times. We also managed Rock Da House tour in NJ, Baltimore, ATL, LA as well as a virtual reality concert that we teamed up with Hip Hop in VR.

What advice you would give to aspiring DJs?

Passion for music is the most important.  That might sound simple enough, but it’s the key to not giving up.  If money is your motivation, or you get into DJing because you think it’s cool and trendy, you won’t last too long. Also, don’t stick to one genre of music. It’s like if you love Hip Hop, it will inevitably lead you to dig all types of music. Listen to the music, and follow its lead.

Check out all episodes of Classic Storm Radio