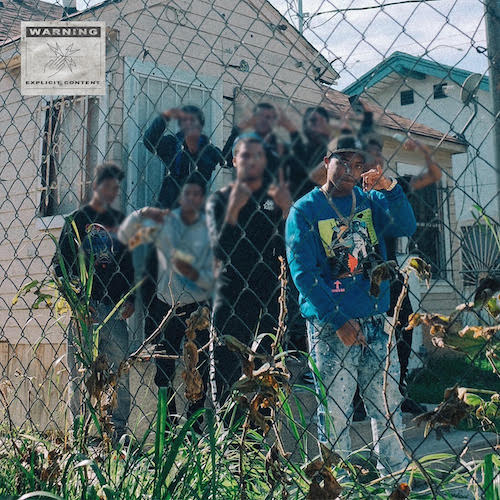 Recently South Central based rapper P1 released the music video for his infectious record titled, “Street N****s.”  Raised on the East side of South Central, rapper P1 grew up in an environment where Hip-Hop culture was a part of everyday home life with a father who was a rapper that built his own home studio. To simplify, P1’s childhood was spent watching his father rap. Like father, like-son, P1 is now following in his father’s footsteps with a career of his own.

“Street Ni***s” is a song that I like because when I first started rapping I was doing more energy based songs. Recently I had been doing more singing tracks but I heard the beat and my guy Sean Brown did the beat and we just basically made a hit. I like the flavor of that song and it has a Mexican theme to it. So that was a plus to it as well.”

Molded by his dad’s passions for Hip-Hop that eventually shaped and became his own passions, P1 says his music is a spin off his father’s take on the craft with a few adjustments.

“Me and my Dad are best friends but we both have different opinions of how things should go. He’s been in the industry for cool minute and we don’t always see eye to eye on stuff that works in today’s game of music. But as far as tips and guidance on the more creative side that’s my best friend and that like my go to when I need an opinion on literally anything.  He’s has kept a studio in the house since birth, so he’s the reason for everything and he basically trained all of us to do the things that he was doing. So basically everything I’m doing now is what he was doing with the same flavor and its basically a spin off of what he was doing.”

Having worked with artists like Roddy Ricch in the past, P1 knows that his time and is coming as long as he continues to produce the best content he can, so long as he remains the same.

“I was supposed to go out to one of Roddy’s shows recently, but I was shooting this video so I couldn’t go out there that day. I knew him already before he blew up but we always remained the same, so I really respect him for that,” P1 explained.

Going forward P1 plans to continues his push with Treacherous Records based out of LA with a stream of records coming this Summer.