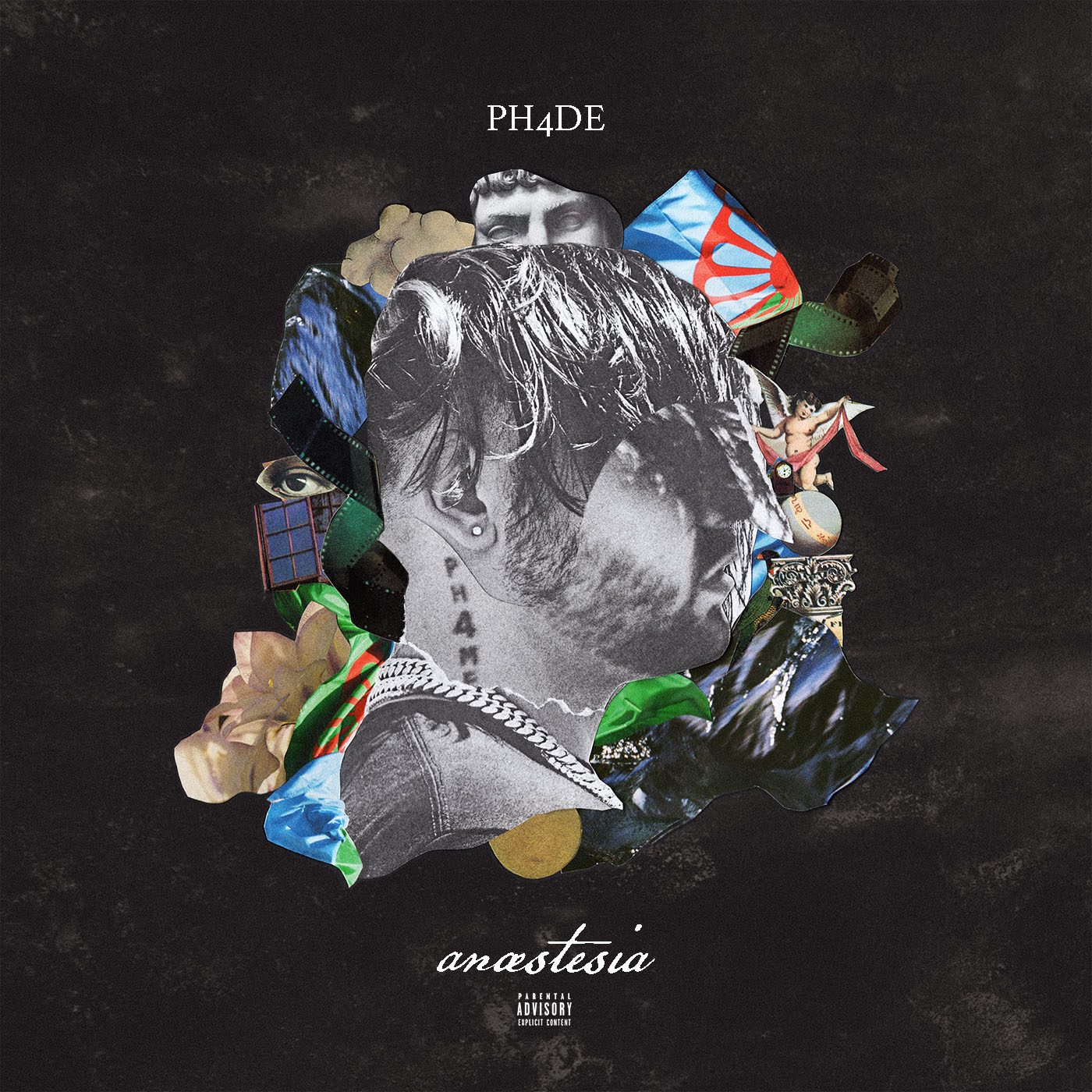 Romani hip-hop artist PH4DE had dreams come true this summer when he found himself featured on a track with rap legend Lil’ Wayne, “No Mercy.” After gaining momentum, PH4DE then presented a new single titled “Interception” featuring Houston legend “Trae The Truth.” The single was released to all music platforms on Friday, June 8th, and garnered major attention with the official premier being done by both the “Houston Chronicle,” and DatPiff.com.

Since then, PH4DE has taken no breaks. Following a blazing fast trail of 12 singles in 12 weeks, he presents “Anæstesia,” the collection
that will “breathe life into a faded world.” Anæstesia offers 15 songs, and boasts features from the likes of Lil’ Wayne, Trae Tha Truth, Emilio Rojas, Cryptic Wisdom, and others. Coming as no surprise, the entire project is produced by another Houston native: AIRON, who has produced every song ever dropped by PH4DE. The artwork features a collage of ‘real memorabilia’ that pays direct homage to PH4DE’s Romani roots, as well as the theme of the project. (PH4DE has mentioned that the flag on the cover is a scan of his actual flag, not a fake.) The project is released by “SP4CECITY,” a label founded by PH4DE as he continues his meteoric independent rise.