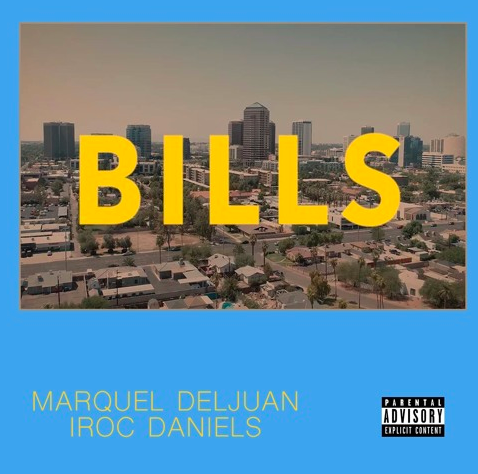 “Bills” is the first single from the father-son album, which serves as the soundtrack to The System — a film written and directed by Iroc Daniels that exposes layers of corruption and racial tension within the political, judicial and prison systems.

“There’s a lot of music I listened to including Lil’ Wayne as well as Erykah Badu and Jill Scott. And I’m feeling Anderson.Paak’s vibe. It’s inspirational,” says Marquel. “But no matter what type of rapper you want to be, just pay homage. Don’t disrespect the legends.”

Bills is a song that embodies his flow, that many are comparing to a west coast Kendrick Lamar. His production also reminds us of Dungeon Family. People are calling it, music with a soul.

Like most teenagers, Marquel Deljuan didn’t listen to anybody — not his parents nor to his true calling. But he knows what’s it’s like to have a second chance. His debut project, Don’t Listen — a collaboration with his father, music producer and rapper Irin “Iroc” Daniels — is an anthem to dismissing the naysayers… even if the naysayer is you.

“It’s about appealing to those you wouldn’t normally appeal to, and to bridge gaps by giving people what they want and what they need at the same time. I will get people who don’t listen or won’t listen, to listen and then to do something for the better.”
– Marquel