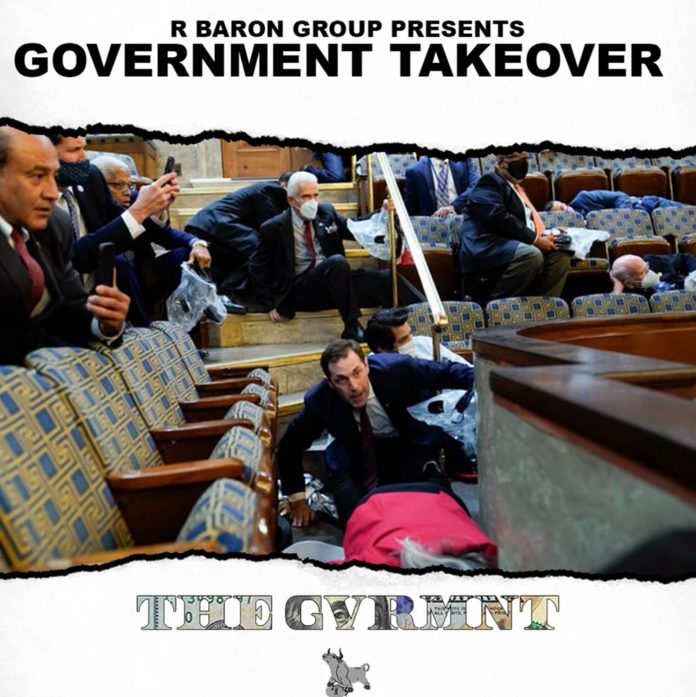 Utilizing the ludicrous domestic terrorism events at the United States Capitol building in January on inauguration day, The GVRMNT has crafted a 12-track instrumental mixtape that embodies the brute adrenaline and lawlessness of the events in the form of beats that mimic larger movements such as Michigan rap, West Coast reality rap and East Coast drill music.

The founding-four members already have an impressive collection of production credits amongst themselves to start, with Mia Jay C recently lacing artists such as AZ Chike, Rucci and Boosie Badazz with his signature sonic sauce while Cees, Saj and Mohantana all boast placements with artists such as Curren$y, Stalley, Jacquees and more.

Tap in and peep The GVRMNT’s instrumental tape below.