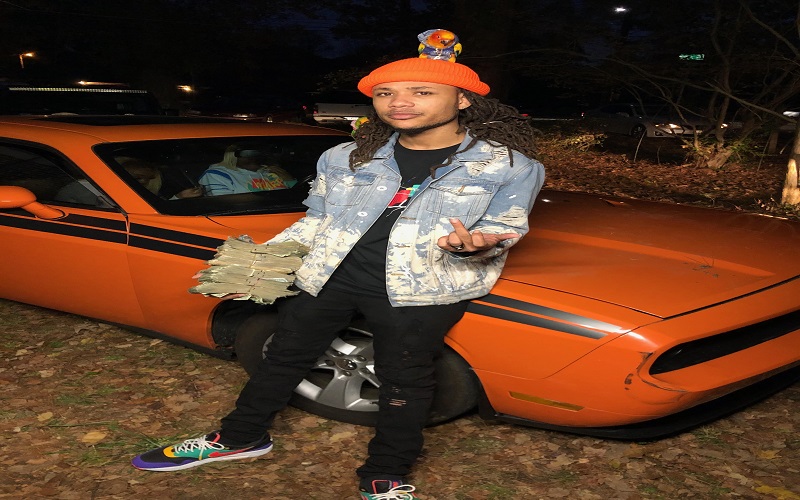 Fresh out of the ATL Quail Gotti is not only representing the music culture but also for his brother who is serving a life sentence in prison. Quail admits that rapping was his brother’s dream but now it’s his duty to carry on his brother’s legacy until he can get him back home. Quail took the time out to talk to Tent TV and the interview is below. Check it out.

I remember freaky ass music like Kilo “Nasty Dancer,” of course Pac and Biggie but I always love the music from my own city, Kilo, Raheem the Dream, Kris Kross and shit like that until Master P fucked the world up with No Limit.

What do you hope to accomplish as an artist and as a man with a successful career in music?

I know what it feels like to be broke and come from nothing so, of course, I want that paper but my message to the youth and my peers is don’t be like me, be better. I ain’t encouraging shoot em up bang bang. That’s what I’m tryna overcome. shiiid I just like to lost my life, I took a bullet and 99.9 percent of the world can’t. Go to school young brother get an education and build ya credit.

What made you want to pursue the dream of being an artist?

Rapping was never my dream, it’s always been my brother’s and I’m his number 1 fan. Folks say I got the talent for it and I still don’t see it. I listen to myself and be like damn, that’s me but after his situation of receiving life plus for murder, he persuaded me to rap so it’s for him.

What do you want people to get from your musical message?

I’m not tryna glorify my decisions in life but I am trying to show the consequences of street life and how only a few make it out alive or free and still maintain being solid with no snitching.

What and who inspired you to rap?

My brother and his situation

What was the defining factor for you to use music as a way out of the hood instead of the streets?

I got a million-dollar mouthpiece and done made enough in the streets and did enough to I feel I’m done so now it’s time to trap on beats.

What do you think about the current state of the rap scene in Atlanta?

A lotta folks fake stick together then you got the dick riding and it’s a whole lotta blackballing. Nigga’s see nigga’s with the potential to be great or greater than them and hate. It’s a lot of supportive rat shit going on as well.

Would you sign with any Atlanta Indy labels like Quality Control, So So Def, Think It’s A Game or 1017?

Like I said it’s a lotta supportive rat shit going and I ain’t tryna mix and match with no fake shit but I’d sign to Gucci. For one he street fo real and he one of my favorite rappers and like the saying goes, “I just Gucci man me a nigga”

Tell us about your next song and music video “FAF” (Fuck A Friend)?

Basically I’m giving the streets the uncut story of how some lil street punks tried to rob and kill me, the video shot by my mans Coop and edited by Editz. Real movie shit we ain’t got time to play.

Anything you want to say to your brother Half -Paint who is locked up serving life for murder?

No matter the circumstances we gone always stand tall and come out on top, record deal or not nigga I’m bringing you home, fuck the money I’ll go broke to get ya here “Free Half Paint!”

You can follow Quail Gotti at @quail_gotti and his new single “FAF” (Fuk A Friend) is coming soon, but in the meantime check out his latest release “Keep Going”