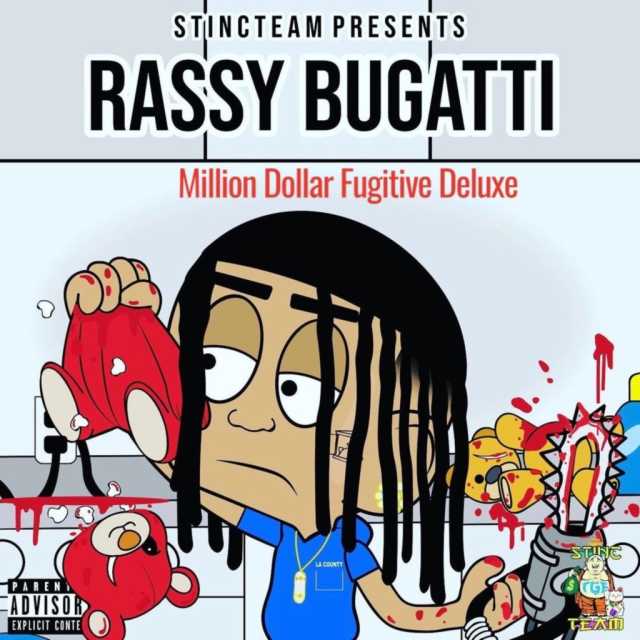 Following the release of his Million Dollar Fugitive mixtape last year, Rassy Bugatti has pulled the strings to secure features from his blood relatives, Drakeo The Ruler, Ralfy The Plug and more Stinc Team affiliates for the four-song deluxe edition of the tape.

Rassy starts off the tape with the Drakeo-assisted opener “Look At Me” taking control of the EP from the jump.

Rassy Bugatti brings listeners on a harrowing experience on Million Dollar Fugitive (Deluxe) — which highlights his struggles on records such as “Days Numbered” and also allows him to spazz out on tracks such as “Shia Lebouf.”

The tape also functions as a family reunion of sorts for Rassy Bugatti, who is blood-related to Drakeo The Ruler and Ralfy The Plug, who are his first cousins.

While Rassy Bugatti spent the entire year in 2020 locked up in L.A. County jail fighting his ongoing case, he managed to maintain a stong buzz and delivered multiple bangers including his 1TakeJay-assisted street-hit “C Murder,” among others. Rassy also appeared on Drakeo The Ruler’s We Know The Truth mixtape on the “Deebo Coming” record.