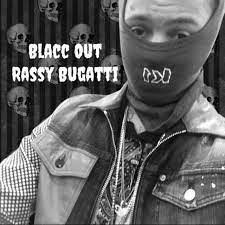 Stinc Team-affiliated rapper Rassy Bugatti is back and on the verge of having a lyrical “Blacc Out.”

Repurposing the same recording strategy sauce his blood relative Drakeo The Ruler used to create his fan-favorite Thank You For Using GTL, Rassy Bugatti drops off more of his bars recorded via phone calls on “Blacc Out.”

The release of “Blacc Out” is also supported by several new efforts by Rassy in recent months as well, such as his slick-talking “Getting Money” record.

Rassy also shared the four-song deluxe edition of his 2020 mixtape featuring guest verses from Stinc Team lyricists Drakeo The Ruler, Ralfy The Plug and more for .

Stream “Blacc Out” below.

Big Solo & Teejayx6 Unite For “Who You Know”