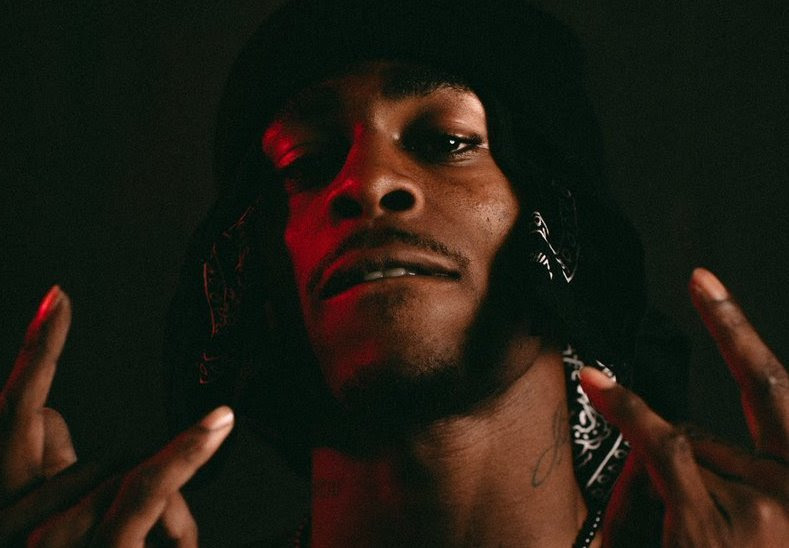 After establishing himself as a founding member of the Raider Klan, rapper RE77 – pronounced RELL, recently released his project [RA8N].

For this project RE77 expects fans to be looking for a deeper meaning in his music while still getting that turn up vibe his fans have come to expect from his tracks and fellow Raider Klan rappers as he releases the song, “Dip.”

Keeping with the theme of using entendres or double meanings throughout his music RE77 will make fans look deeper into the meaning of his project RA8N, which stands for [Reigning. Against. Infinite. Negativity.]

“The project is called [RA8N], that 8 is an infinity sign flipped over and the infinity sign is part of the acronym. It means Reigning. Against. Infinite. Negativity. I pretty much based it on how I have been feeling. I’m heading out to Canada with the head of my label to start on another project with a different mindset, where I can get a whole different view of life,” RE77 said. “All my records got double entendres that people miss because I rap too fast and they may not be listening to all the lyrics like they used to – people not thinking about the records like that. My records are mix of meaning and that turn up music, so you have to pay attention.”

While speaking about his upcoming album, RE77 spoke on the passing of XXXtentacion, who was closely affiliated with the Raider Klan and is well known for having lived with Denzel Curry and the Raider Klan’s infamous U.L.T. house for a period of time.

Having had a tough Summer after losing people close to him like XXXtentacion, RE77 is looking to find peace in Canada as he works on his new project with in-house producers and his label-mates with Gold Bricks Ent.

“With him he was hard headed bro. Me being me I’m always in the middle and I wasn’t forcefully in the middle, but obviously social-wise I am a mediator. If I am able to do my part, as far as knowing people in the group, I’m going to do my part unless I don’t agree with something, like if its some shit that’s pointless, but I’m gonna end up trying to solve some shit,” RE77 explained.

“All our issues and all that shit started with some altercation bullshit with Raider Klan, I felt like he was trying to insert himself in it for the wrong reasons, but I can’t really judge nobody or their intentions neither so I can’t say what I thought was right. But it was how I was thinking at that time, and now know what I do, I wouldn’t have done that,” RE77 explained. “Its just the way he was moving, he didn’t understand that it was way more serious than how he thought it was because he never knew what I knew when he was doing some shit. You feel me?”

“It was at least two occasions where I was like listen dammit! Why am I going out of my way for you? He was always doing some shit and I was trying to save him. I had only knew him for a few months and it was like every time he was doing some shit, but I was trying to help him and save him subconsciously because that’s what I do. It’s pointless to argue and I tried to help him morally understand situations.”

“I peeped a lot of the shit that he had to say. It’s just weird not only because of the people that it affected. It’s like how many times do you speak to somebody before they really understand? Like me him and a lot of other people I know were at a point to where we could speak to each other on another level. Like him being one of those people trying to understand and get past the bullshit and how that shit happened when it happened, that shit was lame as fuck man. Its just part of the bullshit that people gotta learn to avoid man. Learn to avoid it dog.”