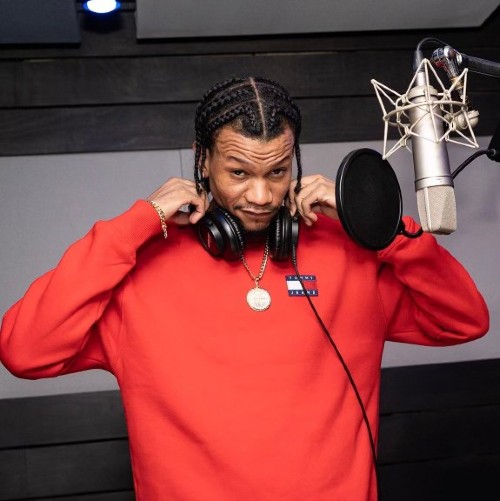 Great achievers have a sense of destiny, and a burning passion to leave a legacy. For recording artists, their music is their legacy. It’s a piece of “immortality” that will stand forever. Buzzing Bronx, NY rapper S.Deniro is working hard to contribute to his legacy. He is a Rap Juggernaut. His skillful wordplay, witty metaphors and unpredictable flow put him in a lane of his own. To S,Deniro it’s more than just rap. It’s about loyalty, family and longevity.

The rhyme slinger was inspired and influenced by such 90’s rappers as The Lox, Jay-z, Fabolous, Biggie, and Tupac. S.Deniro is committed to providing the world with quality, cutting edge music. The multi-talented rapper explores the complex struggles of everyday life through his music. Confident with a dope flow, S.Deniro makes everything he does look effortless.

With uncensored emotion, hard-hitting beats and honest melodies, S.Deniro’s music tells the story of a unique path. From tragedies and heartbreak to glory and triumph, he takes you on an inspiring journey. His philosophy is “you’ll never know if you don’t try.” He is currently working with such esteemed music producers as producers like Vinny Idol, Hassan Shareef, and Jai Brook.

S.Deniro is riding high off of the success of his present mixtape entitled “Pots N Bands.” The mixtape has spawned two hard hitting singles “Straight Like That” featuring Styles P, and produced by Vinny idol and “More Than Rap” featuring Tee Dot Ohh, Acclaimed music producer Hassan Shareef, known as “the Berry Gordy of The Streets,” deftly produced the track for “More Than Rap.” The amazing visual for the song was filmed at the legendary Quad Studios by StreetHeatTV.