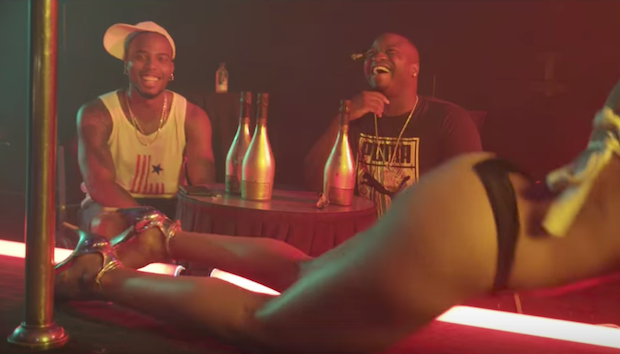 Hailing from Columbus, Ohio, entertainer Scoob Da Dawg is one of the capital cities fastest rising stars. Based in close proximity to Ohio State and over 60,000 students yearly, Scoob Da Dawgdeveloped an immense passion for diversity and all cultures. Because of that Scoob da Dawg has not been scared to experiment with various genres dabbling in R&B as well.

Sticking to his roots in Hip-Hop, Scoob Da Dawg is branching out with a remix to his popular single “Throw It.” Joining Scoob Da Dawg on the track is Atlanta multi-genre specialist B.o.B. and Bando Jonez, who deliver a dynamic punch in this sultry video that features scantily clad women and stripper poles from the start.

Putting in the work to create sustainable and high quality music, Scoob Da Dawg released two singles in 2017 titled “Blue Money” and “Ring Bells” which established him as the only artist in Columbus to have two singles in rotation on XM and FM radio. Now this single “Throw It” adds to the hype of his recent push and he’s momentum is becoming undeniable.

Vibrating throughout several cities and states, Scoob Da Dawg’s definitive sound has ignited a following of fans from California, Miami, Tampa and Atlanta as college students from the local area take his music back to their hometowns for new friends and fans to listen to.