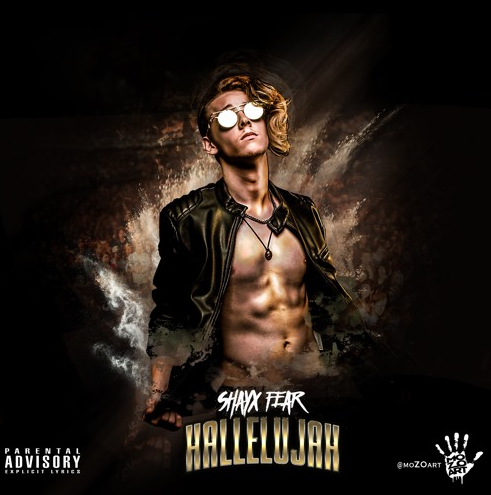 Despite traveling and moving around a lot, North Texas rapper Shayx Fear has always called Texas home. From performing in the clubs until 2 AM opening for Riff Raff, Waka Flakka, Chanel West Coast, Lil Twist and Webbie to running around in the heart of Deep Ellum, Shayx loves his home town despite the fact that the scene in D-Town might not be for everyone.
“I’ve played guitar and piano for the for as long as I can remember,” Shayx Fear said. “But after my dad found me in my room rapping, rap quickly became how I started and ended everyday. After a few years I became submersed in the entire culture; who started it, who killed it and who’s changing it. One day I decided I was going to be one of them because I felt I truly had something to add to Hip Hop.”
Now with years of experience making music, Shayx Fear is releasing his album led by his song “Hallelujah.”  The song is a deep song that speaks to his connection with his spirit and offers gratitude the for his strength and perseverance in his life.
“One of my closest friends, Chris Ciervo, the head producer at S.U.P. Studios produced the song when he was 15 years old,” Shayx Fear said of his song that will be found on his Hallelujah EP.
With plans to perform at 2018’s SXSW and spot dates in Tyler, Lubbock and Dallas’s Deep Ellum, Shayx Fear tells fans to stay updated on his website Therealshayx.com where they can find all information on his career.