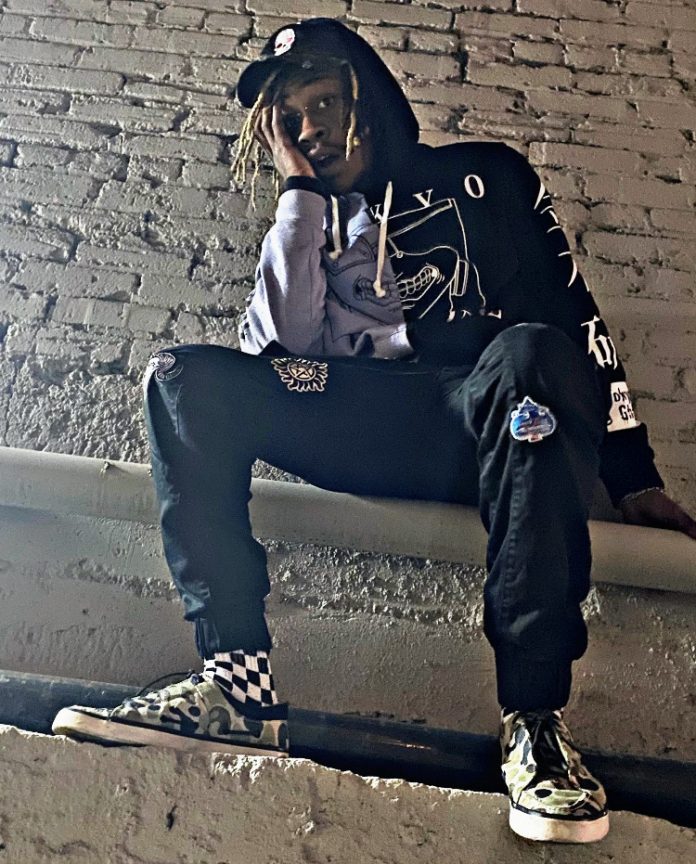 -Spaceboi Kenny what was it like growing up in “The Desert” Palmdale, CA?

When I lived in Palmdale I was really young and my parents had a lot of kids to take care of. They were always at work, so I was always traveling back and forth from household to household. I just did kid shit with my cousins when I wasn’t alone. I was a real quiet kid I was usually off in the desert playing with rocks and lizards.

-How did you get the name Spaceboi Kenny and what’s so “Space-boi” about you?

Believe it or not, I actually got my name from a very vivid dream while I was listening to the album DAMN. by Kendrick Lamar. He is also a big influence to me. I’m naturally a space cadet hence the name “Spaceboi”. I live in my own head and not in this world. I feel like a lot of people can’t relate but I know there are very few that can relate and get it. Hopefully my music can be used as a tool to help those who feel like they live in their heads too much.

-I peeped at your Instagram and saw that you met with Universal/Republic Records. The home of Drake, The Weekend, Ariana Grande and Post Malone. How was it flying to New York and meeting with the biggest label in the world?

It was really cool! Even though we were in a life changing meeting it felt like we were just kicking it.
Everything felt great and they loved the music. We met with executive Shaun Strauss, also know as “Rap”. They treated us like family. Great vibes all the way through. But New York is crazy! We started shooting directly out of the meeting cause the energy was high. Especially at time square. Everyone there wanted to be involved. It made for a great video shoot. That and the big ass rats in the subway.

-I saw on your Instagram that you met with Interscope. Which executive did your team meet with?

When we met with Interscope, we spoke an executive named Amir Boyd. He gave us a lot of insightful information to help me get my career to the next level. But honestly, the most motivating part about it was that as soon as you walked in, there was a really big Juice Wrld statue. Juice Wrld was one of my favorite artist at the time. The fact that the label that manages one of my favorite artist wanted to meet with me, was pretty crazy.

-How would you describe your music?

Psychedelic rap music. I try to make my music based off of the emotions I’m feeling that day. My music is kind of all over the place. But, I say psychedelic rap because my music is heavenly influenced by the hippie culture and a few artists like; Jimi Hendrix and Led Zeppelin.

-I see in some of your videos and post that you’re into anime. Which character is your favorite?

Honestly, my favorite anime character would probably have to be Ichigo. I call myself black Ichigo cause “imma soul reaper”. I relate a lot to Ichigo because he has that hidden strength that he never knew that he had. With the help of Rukia and Kisuke, he was able to achieve a lot more than he would have without them. I feel like I’m Ichigo and my team is like Rukia, helping me get to that next level.