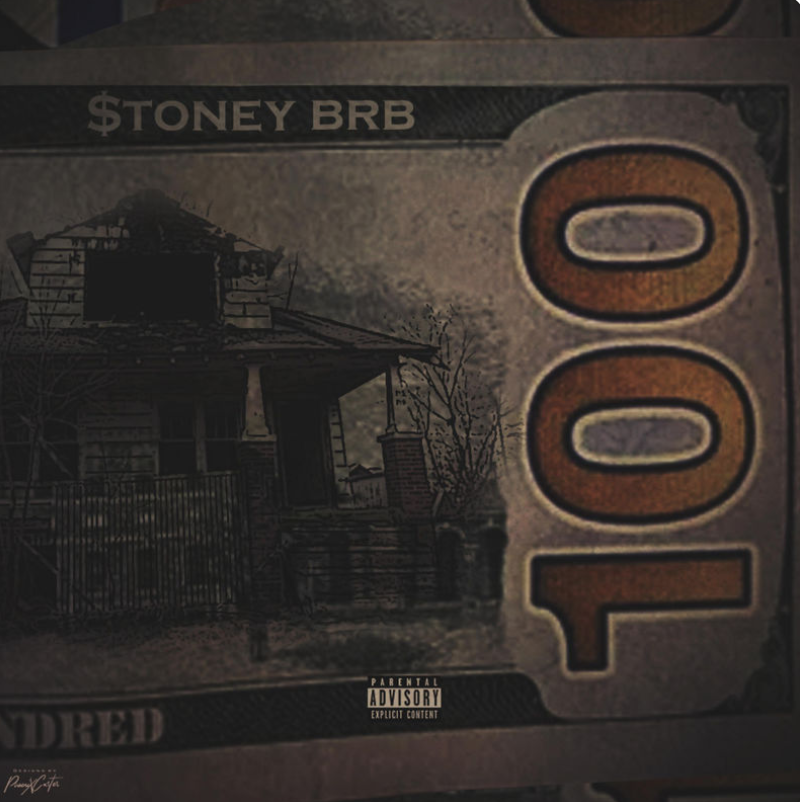 Today Pittsburgh $toney releases his new single “BRB”. The uniquely bouncy record has an appeal all its own as $toney steps out from behind the boards after being an engineer/rapper for nearly 10 years.

From the fan favorites like “2 Phones” and “Counterfeit,” from his project Blood on My Heart to this new loose track “BRB,” $toney is proving his worth on the Pittsburgh rap scene and nationwide despite his humble beginnings.

“I really dig this record and it has a unique sound. In this industry you have to bring some type of uniqueness to the game and it still has that popular modern bounce to it, so I think it’s going to do really well with the fans,” $toney said. “I think it’s just that good ride and smoke music. You can party to it, you can ride to it and it’s just good music that can get people hyped even though its chill.”

The track is the follow up to his project Blood On My Heart which was released in February, produced entirely by McCoy and was dedicated to Jimmy Wopo who $toney worked with frequently.

After the loss of Jimmy Wopo, his close friend, frequent collaborator and recently signed Taylor Gang artist, the Pittsburgh Hip-Hop community was in shock. $toney took the loss just as tough as anyone having spent many late nights in the studio with Wopo recording, engineering and perfecting their craft as he described in a Instagram tribute to his friend.

“It was a dedication to Jimmy Wopo,” $toney said of his album title Blood On My Heart, “I produced and engineered all the music that he was putting out and. Im just glad he made the impact that he did and that people are still listening to him.”

Having started his musical career while bored in class at the age of 15 , he began recording the raps on his phone and posting them online and he’s continued to grow and develop his craft recording and engineering at higher quality studios.

With a smoked out vibe and a riding quality that all great albums posses, $toney makes it clear that his mood music goes well beyond the speakers whether in the car or at home.