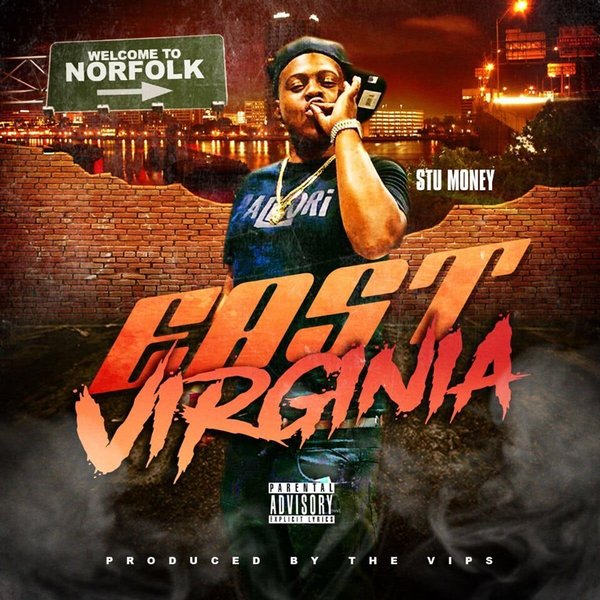 With the New Year upon us East Virginia rapper Stu Money keeps applying the pressure with the new project making sure the world knows about Norfolk and Virginia Beach, VA aka Shark City. Home to greats like Pharrell Williams, Timbaland, Missy Elliott, the Clipse and more, Virginia has always given Hip-Hop something special.

Enter rapper Stu Money and his new project East Virginia, the culmination of Stu Money’s career as a rapper thus far as he’s scrapped his way through the Eastern Virginia streets.

“I was born into music. It’s in my veins. I bleed this music sh*t ya dig! It’s really flourishing and I’m on of the up and coming leaders of the movement. Right now it’s Something In the Water like the Pharrell festival. For this project I got the best of Norfolk and East Virginia. My production is by Zeekovips and The Beachboyy.”

For the mixtape release party, Stu Money even had his own styrofoam cups with the East Virginia album printed on it. The buzz is real as Stu Money recently started spinning on local radio via WOWI 103 Jamz in Norfolk.

“This isn’t just about my record, this project stands for something. I’m trying to make sure we keep VA on the map in Hip-Hop,” Stu Money explained. “Right now I’m buzzing with the Ceiling Fan record produced by my family, the VIPS and the video is on WorldStar. We just did Art Basel to film my next release Old School. Now we got the DTLR/Coalition DJs promo tour of the South East, so we really looking to turns the corned and do this the right way.