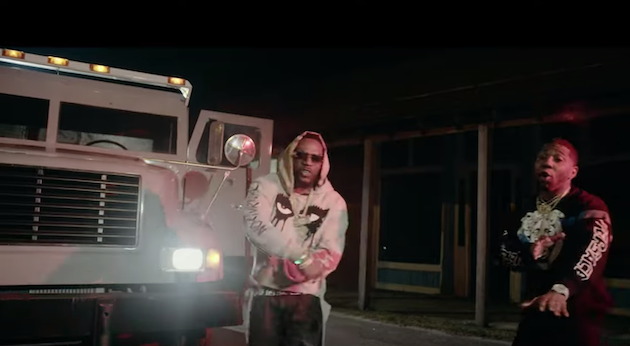 With his newly formed imprint, Major Paper Entertainment, Tangeray Major aka “Tang” has added to his portfolio of successful businesses in the South continuing to get money and flaunting like a boss.

“My family inspires everything that I do,” explains Tangeray Major. “Early on I was going to invest my money into other artists, but a few days before my pops passed he told me to invest in myself. Ever since I’ve been making unbelievable progress.”

Things really began to pick up for Tangeray Major around 2019 Super Bowl weekend in a chance meeting with “Everyday We Lit” rapper YFN Lucci. “I ran into YFN Lucci in the mall during Super Bowl and gave him ‘Savage,’ a few days later we was in the studio and soon after shooting a video.”

Earning FM airplay in his hometown of Chattanooga, Tennessee along with FM stations in Charleston, Rocky Mount, Columbus, Myrtle Beach, Augusta, Savannah, El Paso, Huntsville and Macon, Tangeray Major is charting on the Urban and Rhythmic charts according to Mediabase across the South.

Continuing to focus on creating music that is about his lifestyle and experiences Tangeray Major isn’t new to the streets and showcasing his fashion sense. “We been gettin money, we been swaggin with the runway fashion, so the music I got represents that. The music, the clothes and everything that I’m doing.”

Skillful in the art of rap, Tangeray Major asserts that he is not rapper with his ear catching campaign slogan being, “I AM NOT A RAPPER.” Collaborating with untapped talent, producers, directors, writers, promoters, and clothing designers worldwide, Tangeray Major is creating a scene and a renaissance culture within his inner circle at Major Paper Entertainment.

“The first phase is the Online Major Paper store where we are selling urban wear and accessories,” Tangeray Major explained. “This Summer we targeting the DJ, we pushing the button on Spotify and we’re dropping some boss-like visuals. 2019 is going to be a big year.”