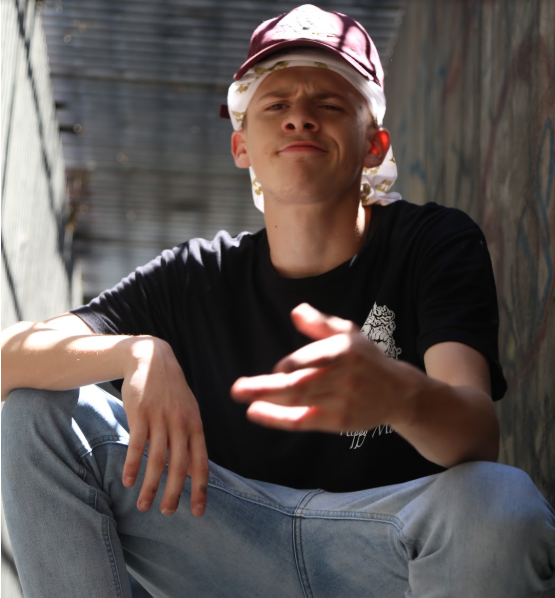 VEZ was born and raised in Albuquerque New Mexico. Coming from a city without an active Hip-Hop scene he made a melting pot of influences elsewhere which lead to a versatile sound. In recent months VEZ’s SouthWest buzz has been rising with appearances on DjSmallzEyes, Baller Alert, The Source, ThisIs50, Worldstar Hip-Hop and more. We here at Tent TV got the chance to chop it up with the upstart artist. Peep the interview below.

What’s your earliest memory of hip-hop, the culture? Listening to All Eyez On Me with my Dad. That was the first disc I remember owning.

Where are you from and what’s the story behind your rap name?

I was born and raised in Albuquerque New Mexico. I wanted to build my stage name around my real name so I picked the last 3 letters of my last name.

Growing up, what kind of music was played in your household and how has it influenced the music you create?

My family all had their own different taste in music which opened me up to different sounds and encourages me to actually experiment more with my music.

Tell us about your neighborhood growing up and how it influences you?

I grew up in a quiet neighborhood, didn’t have too many friends. It made me an introvert.

Who are your top two lyrical influences in Hip Hop?

Definitely 2pac and Eminem, they were my two favorites growing up.

What, if anything do you borrow from those artists?

If anything their rhyme scheme, I feel I used to mimic their thought process.

What are your thoughts on your city’s hip-hop scene currently?

It doesn’t really have one yet, that’s where we come in.

What sacrifices have you made or things that you had to go without because you’ve invested in your artistry?

I’ve cut off everybody who wasn’t on the same page as me or anyone who saw my growth as competition.

As a hip-hop artist, what do you feel your responsibility is to the hip-hop culture?

To inspire and entertain while I have the opportunity.

Hip-hop has grown in popularity over the years. What are your thoughts on hip-hop becoming the most popular music genre?

Your latest single, “PROBLEM” produced by (TAE 100), what’s the motivation behind the record?

I was going through a breakup and didn’t feel like dwelling on it so this is how I decided to vent.

What made you choose “PROBLEM” as the lead single?

It’s my favorite song of mine.

What’s your reaction to the response to the record?

I’m Happy people are showing mad love. It has over a quarter million plays on SoundCloud.

How do you feel you’ve grown as an artist since you’ve come into the game?

What does hip-hop mean to you?

Self-Expression. You can really show who you are, or at least who you think you are.

Do you feel mainstream hip-hop artists are doing justice with rap?

No, a lot of Artists settle for what works over what’s right.

Tell us about other ventures you’re currently working on.

I have a remix tape in the works of some of my favorite songs of the year. I’m calling it Mediocre At Best.

Where can the readers support you and your music online and social media?