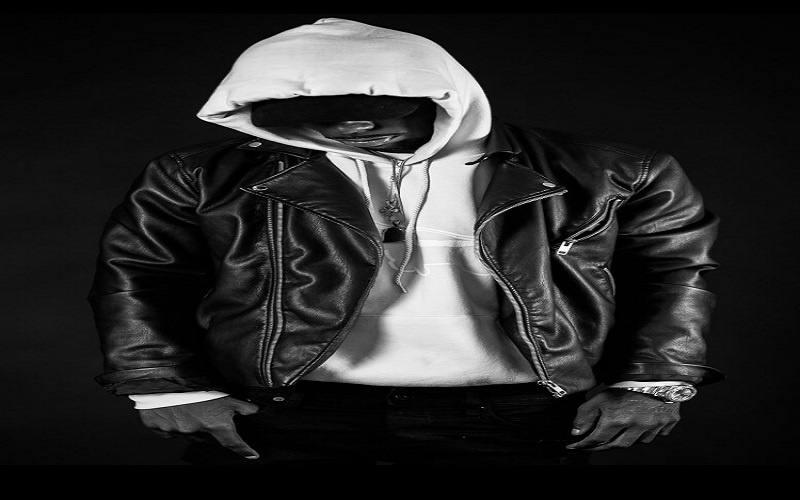 Every now and then, approximately every 3-7 years, Hip Hop is blessed with someone who has the ability to become a game-changing savior to the culture. We saw it happen in the last 15 years with 50 Cent, Kendrick Lamar, Drake and J Cole, even though a lot of people downplay J’s accolades. The decade before gave us the likes of Nas, Hov, Big, 3000, Pac and Pun, but it takes more than just bars. It takes a hunger to be the best, a knack to embrace creating musical song concepts that are above the norm, a mindset to welcome the challenge of haters and far less superior wordsmiths that will challenge you for your spot once you’ve achieved it. It takes a knowledge of the history of the greats of the culture, in order to expand on it. It takes a boisterous attitude to go after your idols and challenge them in healthy competition for the throne. As if that wasn’t enough, ANoyd walks around with a sealed copy of Nas’ Illmatic on vinyl for inspiration. His releases, Autumn In Sinsinati and Once in a BRGNDI Moon speak for themselves.

Bloomfield, Connecticut spawned ANoyd, and he has the potential to become that next invasive voice that changes the culture. His witty wordplay and cracking punchlines soar with wit, humor, and conscious intensity. His aggressive need and will to win is front and center with no plan B or apologies attached. This is his destiny. He doesn’t need you to tell him that he’s nice behind the mic. His mother told him that he’s nice and for him, that’s more than enough.

Tent TV got the chance to chop it up Under The Tent with the upstart Emcee about his moniker, the BRGNDI movement that he represents and what it means to be a lyricist in today’s age of rappers. ANoyd has already blessed the mic with freestyles for Funkmaster Flex and Statik Selektah’s ShowOff Radio on Shade 45. He also performed his explosive socially conscious single “Rain” on DJ Enuf’s, The Hot Box. So sit back and take and ride through the mind of an annoyed Emcee who wants to change the face of Hip Hop as we know it and find out why he is truly ANoyd.

First tell the readers a little bit about your history and what it took for you to get to this point.

My name is ANoyd and I’ve been rapping for a little over 6 years now. I started writing in my mother’s basement, just me and my homies having fun trying to be like the rappers we looked up to. It took a lot of writing day in and day out perfecting my craft, hours in the mirror going over my lyrics and pretending there’s a crowd in front of me. Also a good team behind me that pushes me to be greater every day, and my State for supporting me every step of the way.

How did your connection with RichBreed and your previous projects ANoydwithLife, Autumn In Sinsinati, Once In A BRGNDI Moon come to life?

We went to high school together but he graduated before me, so we knew of each other, but I never knew him personally, till one day I was on his SoundCloud. I told him to send me some beats cause I loved his work. So he kept giving me beats, of course for a fee, till one day he was like like “Yo, let’s just partner up and build a sound together,” because I was bodying his beats. And it was history after that, we’re brothers now and we still building that sound we always talked about. Shoutout to my brother RichBreed and Ty Nitty. Both are geniuses

Coming from Bloomfield, CT. and being the son of Reggae artist Chuck Fenda, what was it like growing up?

It was great growing up in Bloomfield because it’s a calm town. Nothing too crazy ever happens around Bloomfield, It was just my Mom and I and we lived in Hartford, she worked her ass off to get us out of the rough times and I’m very blessed that I spent the majority of my childhood in Bloomfield. Things we’re still rough here and there but we always pulled through. I wasn’t close to my father in my younger years, He lives in Jamaica and he was always touring and doing his music thing. As time went on I understood why he was there as much and eventually we got that father and son connection back. I love my dad so much, I can see I get the passion for music from him.

What kind of music did you listen to growing up?

I grew listening to a lot of Dipset, G-Unit, D-Block, Fabolous, Lil Wayne and Max B. Of course, Reggae and Old R&B. As I started getting into rapping, I started listening to A LOT of Nas, Biggie, Tupac, Jay-Z, Wu-Tang, Pun, Mobb Deep, Killa Army, Rakim and more. I knew if this is what I wanted to do I had to do my history.

When did you realize that you were nice on the mic?

I knew I was nice when my mom told me I was. My boys always told me I was nice but I ain’t believe them until moms told me. I knew I wanted to rap professionally the first time I performed. It was a high school talent show, and the rush I got when I was rapping on stage was electrifying. That was the moment I knew that this is what I want to do. I actually skipped school to go try out for it so you know it’s real.

From listening to you, in my opinion, you fall into the category of an Emcee not just a Rapper, and you use a lot of bar heavy content. Where does your wordplay come from? Do you read a lot of books etc., to come up with the word combinations you use?

I’m heavily influenced by battle rap, so I like punching heavy in my verses. I don’t read much but I need to start because I would be a monster if I did ha ha ha. I do use the internet, an online dictionary, and rhyming books. Those three things help me out a lot, because every time I write I learn a new word, or a new meaning of something. So I don’t only write music just to write it, I also write to learn.

What artists influence your music?

How did you come up with the name ANoyd and what does it signify for you?

One day I was in my room and I was annoyed with the way life was, and I was annoyed with music at that point in time. Also I wasn’t really in love with my rap name then so ANoyd was the best thing since sliced bread. The name was so original and it just fits me, it was perfect for me when I thought of it. I made the N capital cause it made the name look 10 times better!

How has the reception from the new fans been since your freestyles on Funkmaster Flex and Statik Selektah’s and DJ Enuff’s radio shows?

It’s been amazing. I knew I had to go up to these platforms and show people that it’s possible to do this being from where i’m from. I get DM’s every day from people saying I give them hope and I keep them going. I’ve gained so many great new fans that really listen to every word in every song. It’s amazing.

What is the team BRGNDI movement about?

BRGNDI is just a movement full of dopeness. Anything dope is BRGNDI, it’s also my favorite color so the name just fits my style. I took the U’s out of Burgundy and just made it my own thing. I love where it’s gotten, I didn’t think it would be this big of a movement. Eventually, I want to make it a label and have a bunch of dope artists, helping them out and changing their lives.

Are there any major labels checking on you right now?

Yes. there is actually. A lot of them, we took a few meetings recently and it’s been nothing but great feedback from them. Eventually when it’s time I’ll make that move, right now I’m just focused on the music!

Would you prefer to remain an independent artist, or would you like to sign with a major label and why?

Yes. I do want to remain independent just because you don’t really need major labels anymore with the way things are now. Also, I just want to make sure I keep full creative control on everything my voice is on!

What’s next for ANoyd? Collaborations, tours, new music, ventures outside of music etc.?

Just more dope music, and videos. Definitely some dope collabs, and a dope tour when the right one comes to the surface. I’m just going to continue taking things day by day like I been doing. Keep pushing my pen game and pushing myself period as human being to be great in whatever comes my way

Let everyone know how they can keep up with you on social media and give out any last words?
Follow me on Twitter, Instagram, Snapchat : @livinanoyd
Facebook : ANoyd
Autumn In Sinsinati available everywhere.
livinanoyd.com for shows, visuals, clothing, etc.
Much love to all. God bless