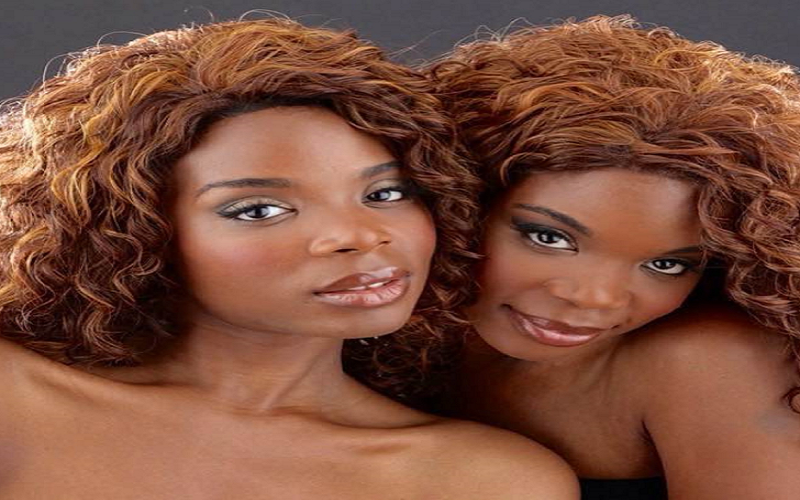 Imagine being so mesmerized by two silky voices that are so velvety smooth that they stop listeners in their tracks. Sonya Ni’cole & Sabrina A. Millen, simply known as “The Millen Sisters” are singers, songwriters, actresses, & models. They hail from a small town in New Jersey but now reside in Los Angeles to fulfill their dreams of show business. These soul sisters are a reflection of the sounds of Motown & the girl groups of the 60’s-70’s era, with strong rhythm & melodies mixed with the soul intensity of Stax’s very own Sam & Dave & The Philadelphia sound of The Three Degrees & O’jays. By the tender age of ten, the twins had New York City rocking at Amateur Night at The Apollo singing a rendition of Clark Sisters ”Is my Living in Vain”. The sisters were the faces to one of the most recent Got Milk? campaigns ‘White Gold is White Gold’ as”The Calcium Twins”. White Gold and the Calcium Twins” were a rock trio singing & playing about the health benefits of drinking milk. The campaign consisted of nearly a dozen commercials, a twenty-minute short film, three music videos, an interactive website, myspace & Facebook pages & several print ads in Teen Vogue, Seventeen, Cosmogirl, People Magazine, Rolling Stone Magazine among others. It also consisted of 750,000 school book covers distributed to California high school students.The fictitious rock band “White Gold and TheCalcium Twins” released a five song EP available on numerous music sites including Rolling Stone & iTunes. White Gold & The Calcium Twins released nail polish, nail files, compact mirrors & magazine covers in nearly one hundred salons throughout California. In support of the campaign, Sonya and Sabrina went on the road to New Jersey & Philadelphia on a “Welcome Back School Tour”. They spoke to their former schools & Girls Inc. of Philadelphia. The sisters were taped to perform at The Critic’s Choice Awards After Party with guests Academy Award Winner Forest Whitaker in “The Last King Of Scotland” and fellow Oscar winner Helen Mirren for best actress in “Queen” as well as “Little Miss Sunshine’s” Abigail Breslin. Internationally they were featured in a two-page magazine spread in one of Spain”s top publications “Enlace Funk” profiling soul musicians such artists as Jackie Wilson and Al Green. The Millen Sisters performed at the Los Angeles Clippers game and were featured in the L.A. Times newspaper profiling their journey to Los Angeles and the difficulties performing the National Anthem. The sisters also performed at the Happy Hour Film Festival, Minor league Baseball & Basketball games, several Motown Review Concerts & writers & performers to the independent film entitled “Music City ”. The sisters are regulars at L.A. Fashion Week & were in 944 Magazine as well as other news & radio outlets such as “The Jeffery Henderson Show” & “The Taking Drum The African Voice Television Talk Show”. The Millen Sisters also appeared in the Disney television show “The Suite Life of Zack & Cody” & modeled for the Disney’s children’s book series “The Cheetah Girls” written by Deborah Gregory. They were featured in the lifetime original movie “five” directed by Patty Jenkins in support of breast cancer awareness month which premiered on Lifetime. Sonya was featured in an independent movie called “Let Clay Be Clay” written and directed by Darryl McCane. It premiered at the 2013 PAN African Film Festival to rave reviews. The enterprising sisters are ready to take the music industry by storm. Currently in the studio working on material to present to the world. Look out for The Millen Sisters to bring love, comforting lyrics, & soul back to music.
The New Jersey Natives The Millen Sisters release their single “Nobody But You” produced by Ted Perlman. The twins Father, Steve Millen also played on the record, a real Family Affair. Buy the single on iTunes Here