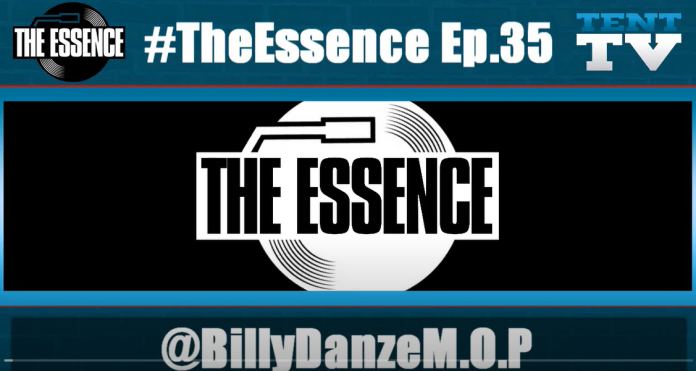 When your music career spans almost 30 years and you’re still relevant in Hip Hop that is nothing short of an amazing feat. Often and mostly too many times in Hip Hop we write our legends off but those of us that know the depth of this culture, recognize our pioneers and we place them on an artistry pedestal where they deserve to be praised for keeping Hip Hop alive. Billy Danze, who is also one-half of the legendary rap duo M.O.P. aka the Mash Out Posse, is one of those artists. He has worked with everyone imaginable and all of the who’s who of artists and producers in Hip Hop. His certified old original Brooklyn street flow as an MC has spanned decades and has never wavered from what he does best. From multiple major label deals to penning songs with the greats like Jay Z to releasing hardcore anthems that have stood the test of time like “Ante Up,” Billy has created a lane that few dares to roam in. He stays connected to the streets because for him that is the essence of where it all started, but he has also grown and elevated his artistry to a point where now he is looked at as an elder statesman in the game. He is the shining example of what it means to age gracefully in Hip Hop and remains relevant. His latest project We Busy #TheRe-ListeningSession is nothing short of pure Billy Danze at his finest. Stay tapped in with us for a ride down memory lane with one of the dopest MCs on the planet as we chop it up with Billy Danze about his past and his present and his future.