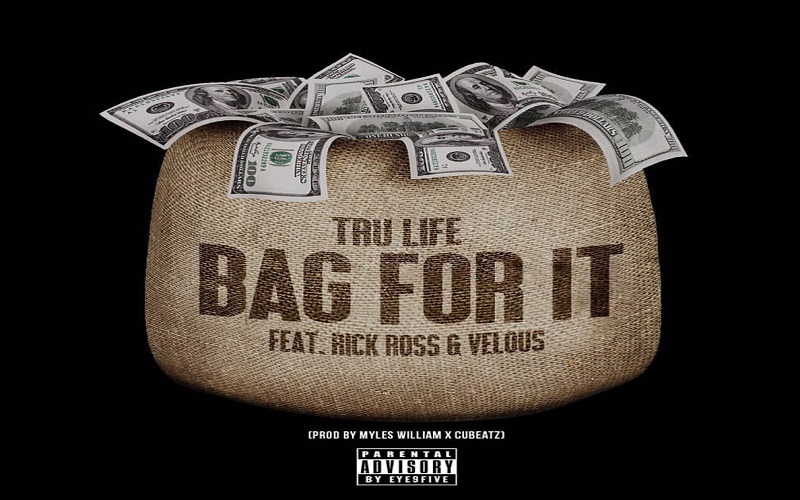 Back in 2009, Tru-Life was snatched away from his family, friends and fans when he was sentenced to 8 years in prison. Having been released in April of this year to much fanfare, he has been eager to not only return to the music scene but also share his story. Maintaining his innocence, Tru-Life has a documentary in the works about his life and has already yielded interest from major networks.

Now with his Mogul Tree imprint established, Tru-Life is ready to kick things into high gear with his new single, “Bag For It,” which features a standout verse from Maybach Music Group head honcho Rick Ross and an infectious hook from Swanky Music Group/Coke Boys upstart Velous. On the track, which is produced by Myles William and CuBeatz, Tru-Life shows that has not lost a single step in his years away.