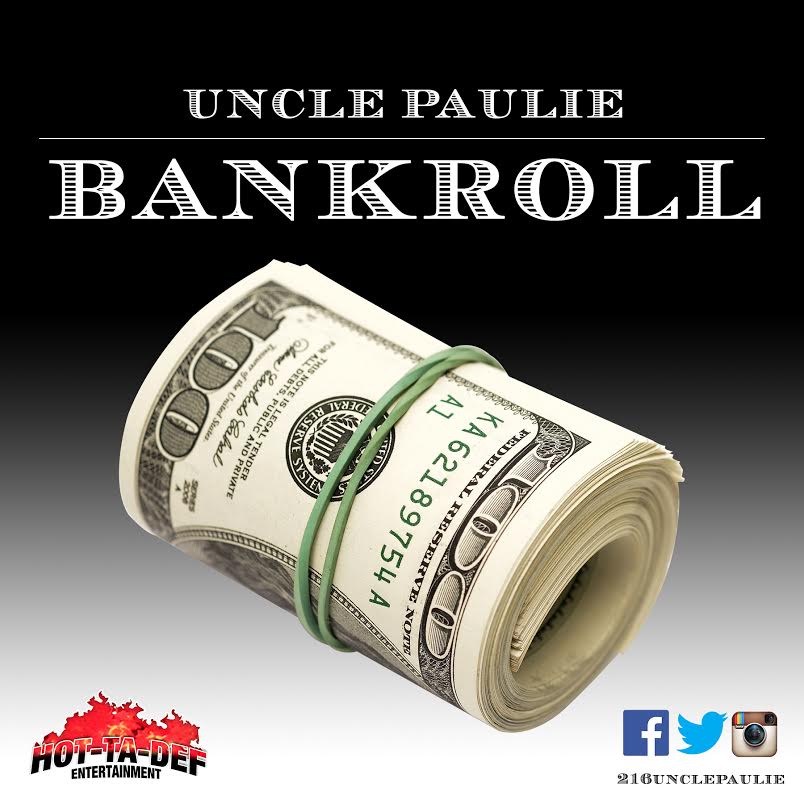 The Land’s Uncle Paulie returns with a catchy ode to the hustlers and ballers called “BankRoll” produced by Matt Maunus. Uncle Paulie’s fresh off the road after headlining back to back tours with Coast 2 Coast and Big Heff’s Streets Most Wanted Tour. Now the Ohio rapper prepares for the latest mixtape entitled Paulie Meets Pluto hosted by Bigga Rankin, which will be featured on LiveMixtapes and features him covering Future’s hit instrumentals.

Paulie’s influences range from Jeezy, Jay Z, 2Pac, UGK to his own home legends Bone Thugs & Harmony. Cleveland’s known for having rapid fire flow and harmony with new wave artist like Kid Cudi, MGK, Ray Jr, and Earl Saint Clair, so Uncle Paulie is heavily influenced by the streets but maintains he has enough lyrical wordplay to make Hip-Hop fans still support his music. Be sure to look out for Presidential Paulie aka Uncle Paulie coming soon.