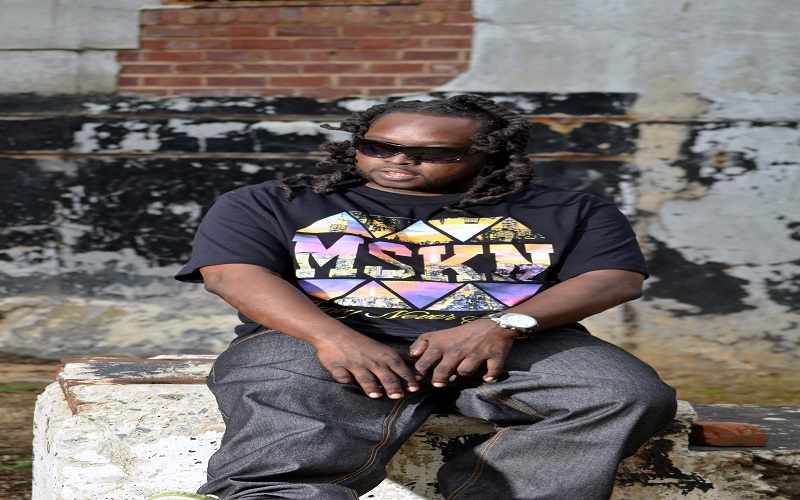 Coming hard out of the Carolinas is Carolina Blacc and the Noize Collectorz Entertainment movement. Armed with the strength to show people that you can overcome anything that seems impossible. Carolina Blacc is the epitome of overcoming challenges and changes. Currently, Blacc has a campaign entitled “STAYROLLIN.” The name speaks for itself. No matter what kind of adversity he has to face Carolina Blacc wants it to be known that he will always stay rollin’.

Tent TV got a chance to kick it with Carolina Blacc in our newest series for upcoming artists: Under The Tent about his movement, present and future projects and what it’s like breaking into the music industry as an independent artist and CEO.

Can you give me a little more detail on the “STAYROLLIN” campaign what is it and how people can help?

The “STAYROLLIN” campaign is all about the struggle but never allowing it stop your focus. “STAYROLLIN” is the motivation behind anything that seems impossible. Life throws punches and curve balls unexpectedly but that doesn’t mean it’s end of the road. Being an entrepreneur/artist can be rough at times but I stay rollin’ despite what it may look like. Even when the closest people to you do not support your thoughts or your movement, you must “STAYROLLIN.”

What moves are you making at this time as far as shows, mixtapes and EP’s are concerned?

Well, currently Blood Sweat & Tears the EP is in stores on all digital outlets such iTunes, Amazon, and Spotify. The Transition: Streets 2 Rap mixtape was released on 1/1/2016 you can find that on Audiomack, Spinrilla and Ace Media’s music site. I’m also working on a fall tour.

When did you decide that you wanted to become a recording artist and what helped you make that decision and how did you start?

In 2012 I became serious about music the industry. While I became curious about next move with the music business I was paying attention to my team. Moves were important. I starting seeing that their focus was on finishing the race instead preparing for the race. I branched out and recorded my solo track “Doin Me.” From that day forward that’s when the “STAYROLLIN” campaign began.

What was the process like and who was involved with making your latest project The Transition: From Streets to Rap?

In the process of making The Transition: “From Streets 2 Rap” was definitely a learning experience. From artwork to track placement was such brain wreck. Being the CEO and artist I had to make sure every move was well worth it. On this project, I worked with several people. Much respect and appreciation to M10 Graphics. Ace Media Music, Big Boss Media, DJ Konnect, Jay Spins, all the radio stations, and DBD 704 Music Publishing LLC.

Who did you work with artist and producer wise on your latest project?

My latest project is solo except for one track. I featured a track with a local artist from Charlotte NC called Jezzo (selfmade). Production was done by Ill Muzik and YunGee Productions.

What the best thing and the worst thing you have learned about being an independent artist trying to break into the rap game from the streets?

Being an artist trying to break into the music industry formerly being from the streets can be very difficult. Regardless of how much you have accomplish someone will always find something negative to say. One thing about my music. I have experienced absolutely everything I say. Getting people to believe in your dream is even harder.

What can fans expect from Carolina Blacc in the near future and what is your ultimate goal?

“Reload” is a track on the Blood, Sweat & Tears EP. The process of making “Reload” was dope. It doesn’t matter how many times I get knocked down, it’s about how many times I get back up. “Reload” was released at the peak of my career. I had a new manager, media firm and my entertainment company and publishing company were all developing. My life was going through a transition.

My fans can expect for me to never stop rollin’ and growing. I want fans to understand that my motive is bigger than music. It’s about living the impossible and overcoming the odds.