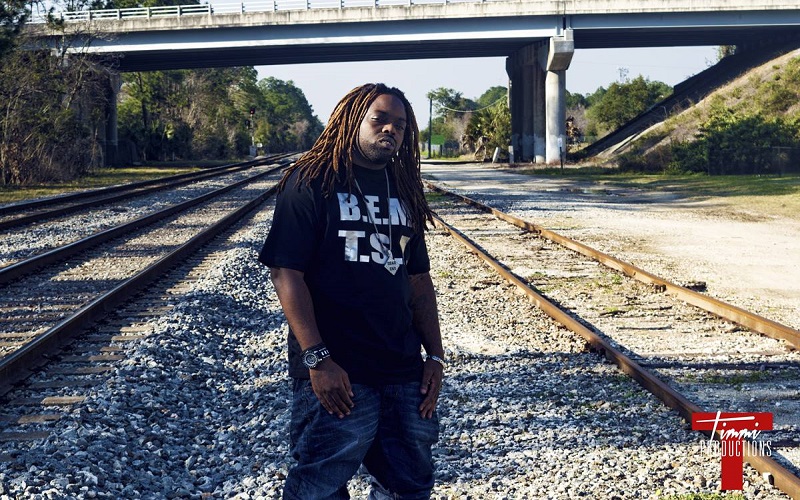 Hailing from the heat filled streets of Jacksonville Florida, artist Ricky Ruger has an impeccable work ethic for chasing his dreams. As he allowed himself to become engulfed into the rap world at the age of 15, Ricky has been persistent ever since. With that drive, he formed his own label, Trap Stars Music Group in 2009, proving that by his own independence, he would not loose.

With an array of indelible styles, Ruger is most known for his combative flows which encompass gritty metaphors and palatable punchlines that leave the listeners feeling like Ricky is well on his way to being one of the greats.

Ricky  released a TSI compilation project entitled 211 Robbery in Progress and went on to drop his debut mixtape The Murder Kit both in 2012 and 2013 respectively.  The latter project featured visuals for the tracks “Masked Up” and “The Murder Kit.”

Fresh off the heels of the success of the aforementioned projects Ruger then dropped Posture Pimp,  another compilation to end 2013.

Fast forward to the present day and Ruger is currently working his Last Man Standing solo project which boasts an elevated flow from Ricky proving that he is continuing to grow as an artist and songwriter. The single “Runnin Up Da Bandz” is the current track being pushed from the latest project.

Ricky has also consistently been doing shows across the East Coast in cities like ATL, Florida, North and South Carolina.

What gave you the motivation to start your own label in 2009?

What did you learn from being on a label that wasn’t conducive to your goals as an artist?

People always compare North  artists to South artists when really all of the artists are on the East Coast. What similarities or differences do you see in the culture in different cities as a traveling artist?

Honestly, the main thing that I see you know, from City to City is, I see a lot of Swag jacking. I also see a lot of producers and you know money being generated through the Hip Hop community.

Who are some of the artists or producers you worked with on your past and current projects and why?

I work with Flawdaboi Red on a lot of my features because I know that he has a very wide realm of song categories and great bars. I just did a song with Blackbaby Propain. I work with Blackbaby because he has his own sound and the way he raps I don’t hear many artists rap like him.  I worked with Lil Dizzy because he got a laid back swag and he helps me get into a laid back mode

What are some things that you learned as a performing artist to make you a better performer?

Well number one I learned that you have to be entertaining, you can’t just stand there look at the floor you gotta interact with the people and make them feel like you know, they’re part of the show. I also learned that you gotta have confidence when you go on! If you don’t feel like you the best they not gone feel you the best. And always have fun.

What kind of music did you listen to as a child that influenced you?

What can your fans expect from Ricky Ruger in the near future?

I just released “Running Up The Bandz” and the video is dropping soon. Be on the lookout for “Stop Size N My Swag 2” With bangers like “I Be On My Grind” ft. Blackbaby Propain,”  “Bron Bron”  and “I Be Smokin'” ft. Whiteboy Dee Jay.