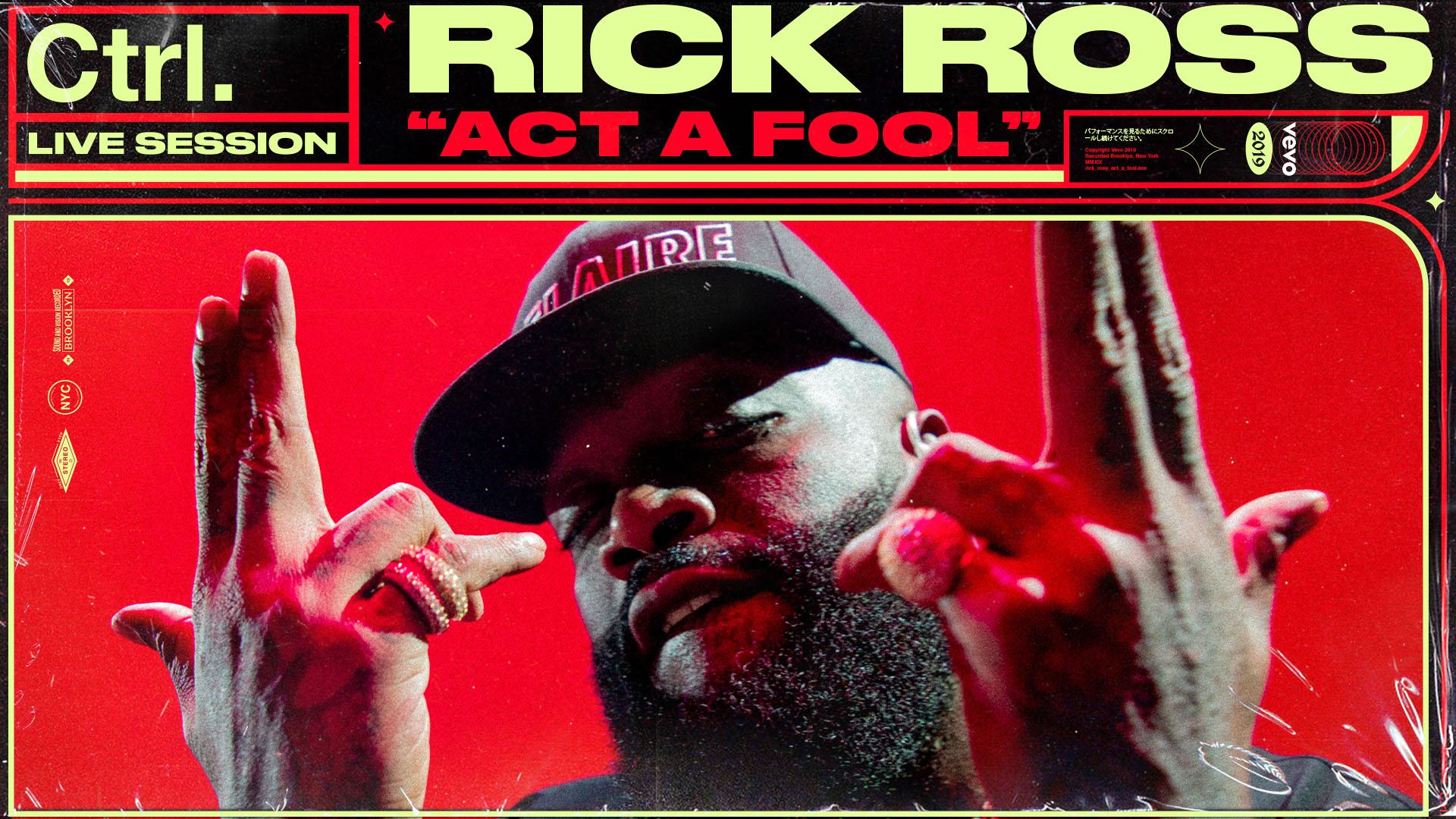 Today, Vevo released Rick Ross live performances for Act A Fool and BIG TYME as the next artist in their new Ctrl series. Vevo’s Ctrl series highlights the work of hard-hitting, cutting-edge musicians making an impact in today’s music scene – both emerging and established. These artists demand attention, and Vevo’s Ctrl shines a deserving spotlight. Shot in Vevo’s Brooklyn studio, Ross’s performances will be followed by Ctrl sessions from Rapsody and more in the coming weeks.

Rick Ross commands hip-hop not only as a true titan of the game, but also as a visionary C.E.O. and founder of Maybach Music Group. His historic run accompanies five Billboard Top 200 #1 debuts and three #2 debuts, four Grammy Award nominations, adorning the cover of Rolling Stone twice, and achieving accolades that may never be surpassed.

“Act A Fool” and “BIG TYME”  are now streaming on all platforms. Keep up with exclusive content from artists all over the world on YouTube.com/Vevo.