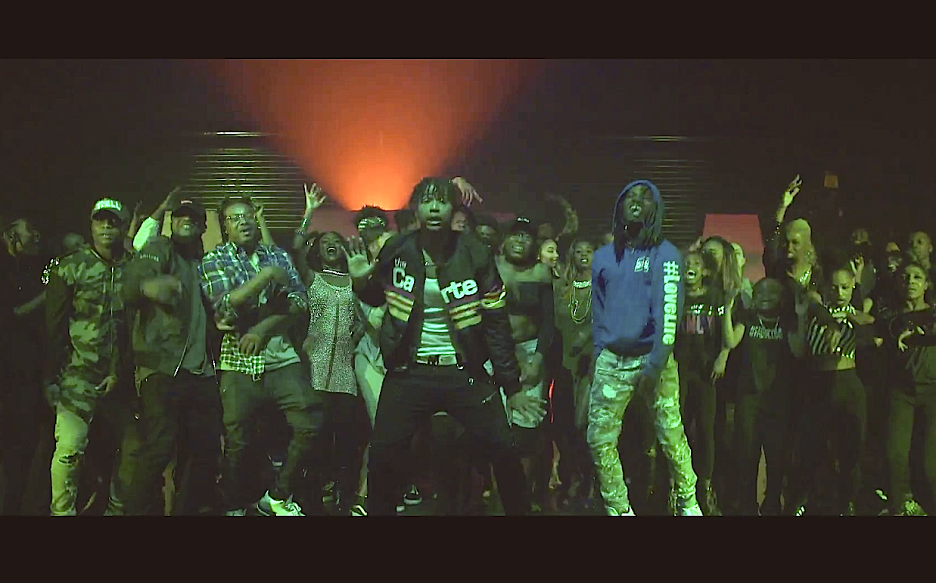 Time and time again artists have proven that signature dance moves with your song can boost your movement. Such is the case of Atlanta based teen heartthrob Torion who linked with fellow A-Town rapper Dae Dae for a lit collab dubbed, “Dinero.”

Garnering over 2 million views in just under two months with a wide ranging audience, Torion’s song is also earning support from DJ’s in the A and across the country. Perfect for poolside DJ sets this Summer, “Dinero” is also picking up amongst kids at schools across Atlanta.

Torion is showing that he’s come a long way since his early days with YMCMB. Armed with a more mature sound that’s still youthful, Torion is primed for success at the young age of 19.

“The response has been great,” Torion explained. “We at 2 million on SoundCloud right now and the fans seem to like the behind the scenes so I know they gone love the video?,”

Also earning support from DJs in the A and across the country, this self-described triple-threat is showing that he’s come a long way since his early days in Gwinnett just north of Atlanta.

“I got my start in music at a young age of 13, goin around the city of Atlanta performing at various night clubs with my father’s band and singing songs live for an adult audience,” Torion recalled. “After breaking my fear of performing live, the more I performed, the more I began to feel and realize that music is what I wanted to do.”

On the song Torion raps and sings about the common denominator in most people’s lives; money aka “Dinero.”

“I need that check by tomorrow, mi don’t play bout dat dinero / I’m grindin hard for my mama sake, and I’m tryna cop her a Phantom aye / I need dem commas on commas, I got a bih name Madonna, she got dat swag like Teyana and attitude just like Rihanna.”

Equipped with a background in dance, Torion’s dance skills translate well to making music and lyrics that fit well with hard core dancers and choreographers. This dance friendly video incorporates Torion’s own choreography during several scenes and comes with a challenge to fans.

Upon the video’s premiere, Torion is challenging fans to a “Dinero” dance challenge called the #4MyMamaSake Challenge.

“Basically I got this dancing challenge going on called the #4MyMamaSake Challenge and it started with me saying it in my song, ‘I’m grinding hard for my mama sake’ and a lot of the dancers in Atlanta grabbed on to it and began making dance videos to it,” Torion said.

“Before every video they would say why they’re thankful for they’re mother, and why they grind hard for they mother’s sake. This challenge goes out to everyone… If you go hard everyday at whatever you do, why not go hard for moms after all she did for you ? ?”