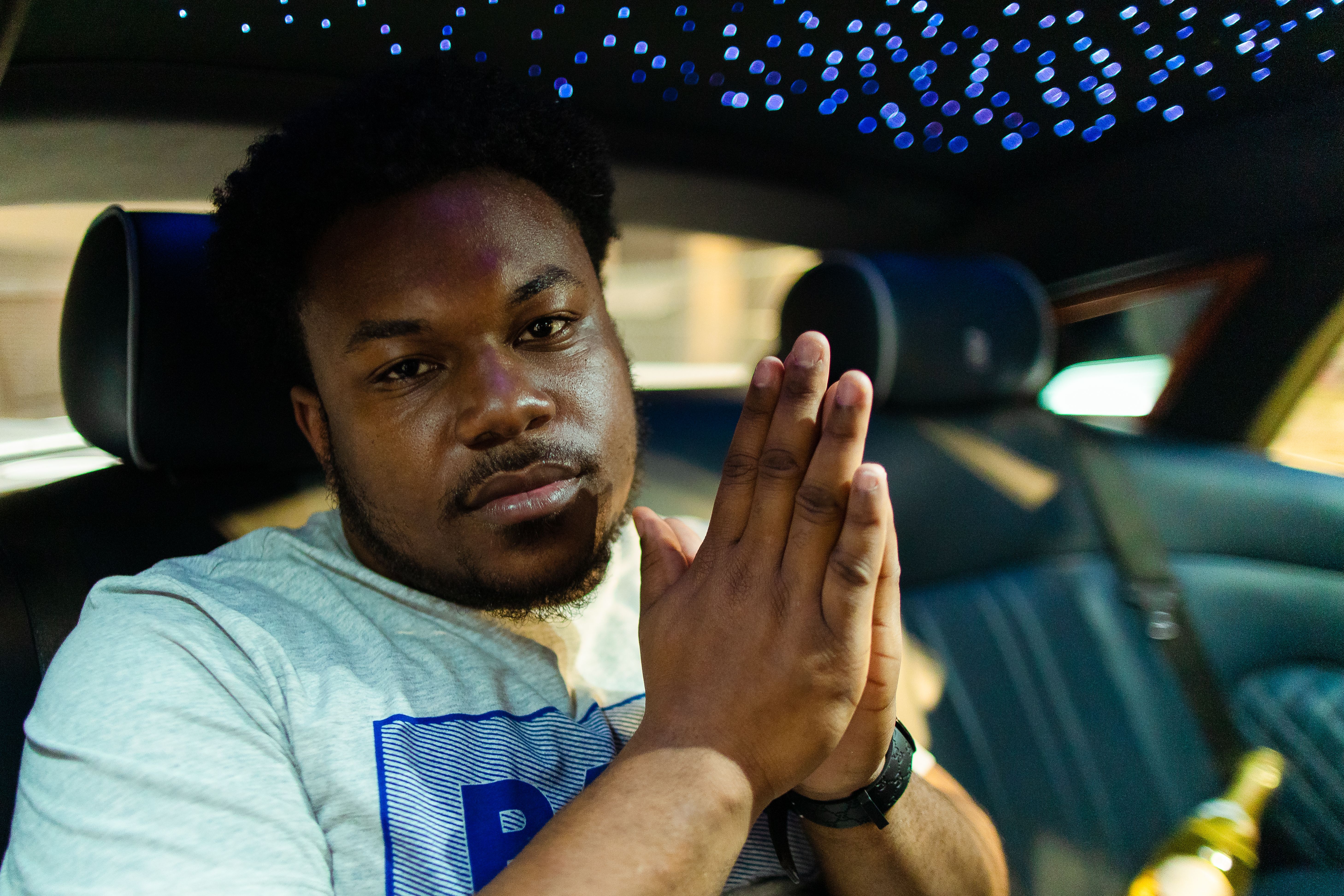 W.A.D.E. is a rapper straight out of Harlem who is starting to blaze his own trail in the indie rap scene. His visuals to his new single “Loyalty Over Royalty” dropped last Friday with 3.5K views and climbing. I speak with the rapper about himself and his views on artistry during the pandemic.

Tell us a little about yourself.
My name is W.A.D.E. which is an acronym for Wise And Dangerous Era, which is basically just talking about my generation and all the things that we overcome as one because I speak to the voice in my area. Also, I engineer, so I mix down all my records and I also help other artists, and before Corona, I was throwing showcases so the artists can showcase their talent.

Where and when did you get your love for music?
I got my love for music from watching my older brother rap in the back of my house. He’s had all of his friends in the back and they be freestyling that I used to be too young to get in and I used to always want to know what that was about. And that’s what kind of pushed me into really getting into music because I want to be able to prove myself at first, and then I just fell in love with it.

So you’re originally from Harlem. How has the city made you? What was it like growing up in Harlem?
That’s a good question. Growing up in Harlem is just a vibe, and what I mean by that is like, you know, everybody out there is worried about being in that lituation and having a good summer, you know, being fly, but also, there’s a treacherous side, but it’s mostly a flashy vibe. It’s a good vibe. Yeah.

I was listening to your latest single that you have out “Loyalty Over Royalty,” and that’s pretty dope. So tell us a little about the song and its concept.
Yeah. Basically, just talking about some of the things that we’ve got going on in my life currently no problems. That doesn’t have anything to do with money, like things that can’t be changed by money also, certain things are going on around with some of the young brothers dying in my neighborhood. We just lost a young kid named Bugatti to street violence.

So do you feel that artists should be more involved with their community, especially when it comes to the BLM movement?
I most certainly do, and the reason why I feel that way is because when it comes to hip hop culture, don’t get me wrong, I love it, but we feed off of a lot of negativity. You see how on Janelle Monae is talking about protesting on hip hop because it brings females down and stuff like that. It just so much stuff that brings us down. We need to be able to shed more light on the positivity and things that have gone that could further us.

As a culture, I wholeheartedly agree with you 100 percent, but due to the fact of this generation, like the way that like these companies are now, they’re not interested in anything positive. They’re only interested in the negative because the negative is what brings in the money. So with that being said, do you feel that labels should sometimes be held accountable for things that are happening not only in hip hop but with the urban communities?
I wouldn’t give the labels 100 percent to blame for this. It’s also the people’s choice. It’s really about what the people want because it’s so sad how nowadays You can play a Kendrick song and it would be so dead, but you could put on something else, like drill or trap and have everybody turned up. It’s really the people’s choice at the end of the day. It’s all about how you do it, so I can’t really give that all to the labels.

So as an artist, you know, everybody is going through the pandemic. And I want to know, like as an artist, how did the Covid-19 situation affect you and what do you think are some of the ways that artists can work on their craft during the pandemic?
To be honest, all the way, it affected my income for a split second. Some of my friends’ family members that died, I had a family member that died from it. I actually feel like I focused up a little bit more when this happened. I made better of the whole situation, I made around six and seven music videos and stuff like that. So I think I focused on everything that’s been going on.

I think like with the pandemic going on, like with artists, it seems to bring out more of their creativity because, everything is shut down and all you got is time, so I think that it really helps artists get on the get on their creative more. And they probably found out something about themselves that they never thought that they had. I look at it as a good thing. I look at it as, you know, especially go on social media. Everybody got their freestyle videos out. Yes, it is awesome.
It’s awesome. It’s bringing out the hunger in everybody.

And then on top of that, since everybody is indoors. You never know who is watching. You never know who is looking at you and be like, “You know what, I want to rock with this artist right here.” As unfortunate as this pandemic is, it’s a really good thing, for artists. It’s kind of like a catch 22, but it’s leaning towards the positive side because more artists get noticed doing what they do, especially when it’s at a consistency.
Yeah. Consistency is definitely key. dropping musically. Don’t go too crazy on it. I feel like people need to be able to get more of a vibe a lot of new artists, like myself, coming out. You know, they want to hear more music. Like if you got a vibe going on, keep it steady. That’s my advice for any other artist.

What is the agenda for the rest of 2020 for you?
I got this record right now that I’m ready to take to the moon. I’m not even gonna lie to you. So I got a record coming up. Real party banger, real vibe. Of course, more vids. It’s possible if schools open back up and stuff like that, I’m trying to be into shows I’ve been talking about that with my manager. That’s really just it. Heat in the streets, more tunes, and stuff like that.

And last but not least, give all of your social media.
Follow me on Instagram and Twitter at @wadetherapper. I’ve got a fan page on Facebook. Just WADE You know, you go check me out. Check out my latest video, “Spooky Winter”, and I dropped the “Loyalty Over Royalty” video, where it’s coming from the heart. Also, I speak about my brother who is wrongfully incarcerated. I’m able to give you a piece of me on that.

Anything else that you might want to add?
So I want to be able to tell the world that it’s a new movement coming out of Harlem we call L.M.G. (Live Motivate Generate) and that’s all we going to be doing. You know, it’s a few of the artists you gonna be hearing about and just stay tuned.