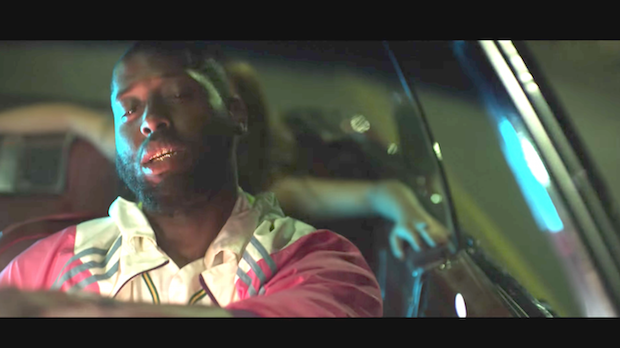 Growing up in one of Los Angeles’ most notoriously rough neighborhoods and with a father serving a life sentence, Crenshaw bred artist Xian Bell flourished with unfavorable odds.

Persevering through scant odds and a rough upbringing, Xian Bell developed an feverish passion for creating for music at an early age. Inspired by seeing his older cousin find success with music on TV, Xian Bell knew music was his calling and it saved his life.

“When I saw the world premiere of my older cousin CJ Mac’s video with Mack 10 and TQ ‘Imagine That,’ it was the first time I saw someone I knew on TV,” Xian Bell explained. “I realized I could make it out of our area without playing ball or selling drugs. Although he was rapping about drugs, it showed me that you can reap immense benefits by talking about your life. I’ve always loved writing, so since then my love for it just grew as I developed my craft.”

Forming like a diamond in the rough, Xian Bell’s ambition and hunger for musical success drove him to a sound that mixes rap and singing together.

“I just wanted my first single to be a representation of me. Although it’s sort of a rapping cadence, I’m primarily a singer. It’s a mix of both worlds, which my whole ContraDistrict project represents,” he said. “I’ve been heavily influenced by both my parents, and now with all my cousins and best friends I grew up with being dead or in jail, I struggle with guilt remorse of leaving them behind to try and better myself.”

For the Ricardo Navarro directed visual, Xian Bell wanted to show everything that represents the Crenshaw District also known as ‘The District.” Flanked by bad chicks and donning a gold grill, Xian rides through the city in an old school Cadillac, making this visual vibrant and brash.

“We shot the video in the District with the infamous Crenshaw sideshow to show viewers how we live over here,” he added. “The District is just one big ass contradiction but it all meshes perfectly into some dope sh*t. That’s exactly what I am – a big f*cked up contradiction that luckily turned out dope,” Xian Bell said candidly.

That internal contradiction and deep roots in The District aptly yielded the title of his newest project, ContraDistrict, which will be available for fans on Soundcloud early Summer ’17. In the mean time Xian Bell is gearing up for the release of several more pieces of content including another visual, a single and the project release itself.