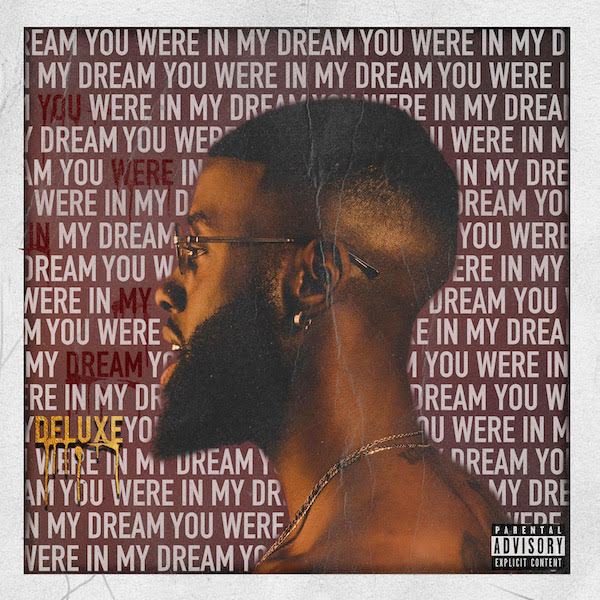 On Friday West Coast rapper/singer Xian Bell released a special Deluxe Version of his critically acclaimed project, You Were In My Dream. Earning high praise across the music industry and from media outlets such as  Joe Budden’s Podcast, Sway’s Universe, iHeart Radio’s Real 92.3 and Homegrown Radio, this is the Los Angeles native’s third full length project to date. Also receiving acclaim from fellow artists like Big Baby Dram and celebrities like the late Nipsey Hussle’s wife, Lauren London, Xian Bell is earning widespread recognition for his talent of combining singing and rapping with smooth melodic undertones. Drawing in both females and males that can relate to Xian Bell’s poignant takes on relationships, life in Los Angeles and Hip-Hop culture, many are crowning Xian Bell as up next on the West Coast.

“We got a video for a lot of records on the album, so we are focused on making sure the fans get those the right way. The video for Dollar And A Promise led off the campaign for the project and that record was everywhere from Joe Budden’s Podcast to Sway, and it’s been playing on the radio out here in LA on Real 92.3. We are also releasing a video for Drive Slow and Often in the coming weeks, so fans should be on the lookout for those too,” Xian Bell explained.

Included with the release of the Deluxe Version of You Were In My Dream are five unreleased songs that didn’t make the initial cut, but that Xian Bell wanted to deliver to his fans after receiving an overwhelming amount of support on the initial release of effort.

@Rated_TG,  who has done work with Ty Dolla $ign, Glasses Malone and TDE among others, handled a majority of the mixing and engineering for the project. Combined with additional instrumentation from Worldwide Dre, Xian Bell had the perfect canvas to tell real-life stories over a dreamy soundscape that fit the themes of the album.

“The recording process just came about from Rated_TG actually, the producer engineer of the project.  We had been locked in for a minute and he just reached out and said that he had a dream or premonition that we were going to lock in and make a project that he 100% produced,” Xian Bell explained. “From there we started locking in every single day and that’s how we ended up with the song, 2AM. That’s where the title comes from and it was the first record that we kind of made. It got us turning in the right direction, so we followed that sound for the rest of the album.”

Touching on an on-again, off-again relationship that kept appearing in Xian‘s dreams, the You Were In My Dream project is based on real moments in life that personally affected Xian, encapsulating a specific time in Xian‘s life. So much so that according to Elevator-Mag, XianBell‘s You Were In My Dream is, “as emotional-sounding as you can get. Don’t confuse it with soft, but rather self-aware, vulnerable, and honest.”

“Everything that I talk about, I have to have been through it. I’m not one of the artists that can just pull sh*t off the wall. I have to either be going through it or immediately affected by it the point where someone close to me is personally affected by it,” Xian Bell said.

As the Summer comes to a close, Xian Bell is looking to build off of his LA Rolling Loud performance as well as planned performances at L.A. pop ups and showcases. In addition he is planning his own concerts and events this Fall. For all updates be sure to tune into his social media sites below: