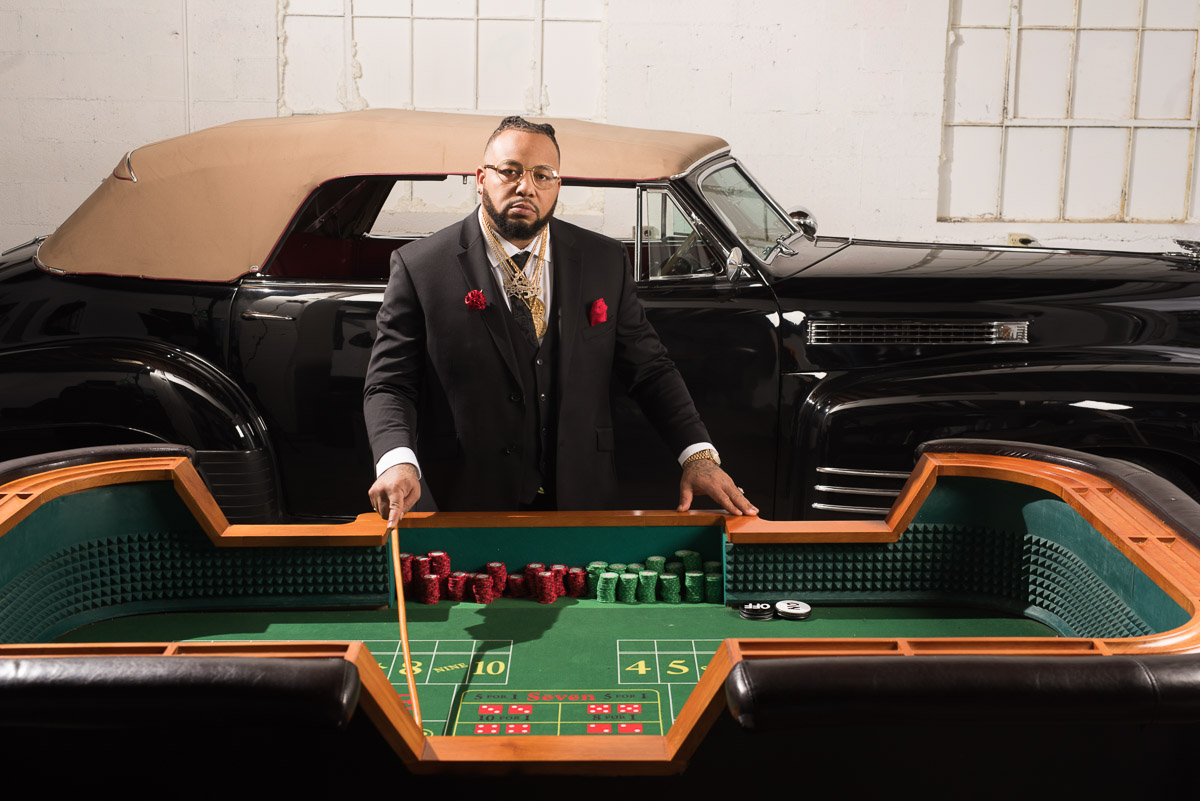 Hailing from Atlanta’s Kirkwood section and blood cousin to Future and Bossman Casino, Rising artist 550 is set to put his stamp on the industry. His latest release ‘Hoodlum’ is a 17 song opus that reveals his trials and tribulations.

The Hype Magazine caught up with 550 recently and he had a lot to say about his life and career.

After your release from prison in 2013 what made you really pursue music?

My whole family was involved in music, as ya’ll know Casino & Future are my blood cousins. It’s crazy because before prison everybody was “working,” then when I came out in 2013 Future started taking off and Casino had a buzz going so I went ahead and started rapping.

You’re signed with CKP how did that deal come about in such a short time for you?

With Yung Mazi signing with them I followed in his steps and took his judgment off go because we were childhood friends. Then a close mentor of mine Keino introduced me to the owner of the label (Neko). We had a few discussions to strike a deal and have been running ever since.

Give our readers a little history about yourself and tell us what got you to your present situation.

I’m a former trapper turnt rapper, the same story that most fabricate. I lived like a boss in jail and never fell off like most do in the pen. Getting money never stopped and has put me in an able situation to rap. As you see my features ain’t nun but trappers, my face card good and folks know where I’m going.

A lot of artists glorify the hardships they come from to get their point across,  but you are also dedicated to saving the youth from traveling down the road you traveled, why is that and how important is that to you?

I’ve seen both sides of life throughout jail and the streets. I do my best to inspire others by telling my stories through rapping in hopes that I can inspire one to change and make wise decisions. I’m a former trapper turnt rapper, if I can make the changes in life to better myself and my family, so can you.

For someone who’s only been grinding since 2013, you’ve done music with some of the biggest names in the industry. (Future, Casino, Waka, 21 Savage, Young Thug) Were those relationships forged organically and what’s your energy like when you’re in the studio with artists that are at a level musically where you probably want to be in a few years?

Off the muscle those are street relationships turnt rap, my energy is the same with all of them, they my real patna’s. When it comes to music, it’s organic, I’ll be working and lay a hook or sum and they’ll just hear it and hop on. I appreciated it but it was never something asked for it was always for love and respect, real trappers know.

With Future and Casino as your immediate blood family, what’re some of the best jewels that they’ve given you on how to survive in this industry?

Never give up and stop making music even when they ain’t listening.  Stay focused and never stop. I took music like I took the streets. (I’m making music right now)

Your single “Lights” from your upcoming project Hoodlum features Future and shines the spotlight on greedy and deceptive women. What other song concepts and features can we expect on Hoodlum when it drops?

21 Savage, no Radar, RIP Mazi, the real life of a trapper, that’s self-explanatory.

Without getting into specifics on what caused the home invasion that you went through, what went through your mind while you were dodging bullets and fighting to save your life?

You named the album Hoodlum and have even said that you’re like the Bumpy Johnson of your hood. Tell us what kind of things do you currently do to unify your hood and what things would you like to do in the future to create more opportunities and change the direction of the youth in it?

Still giving people jobs every day, whether they’re sitting down or typing emails everybody got a job. Hell, we even giving out Turkeys in November

Any last words for the readers of Tent TV?

Make sure ya’ll go download ‘Hoodlum!’ Pack music on the way a lot of big features on that. Papertrail, CKP you know what it is.

Where can people find you and follow on social media?