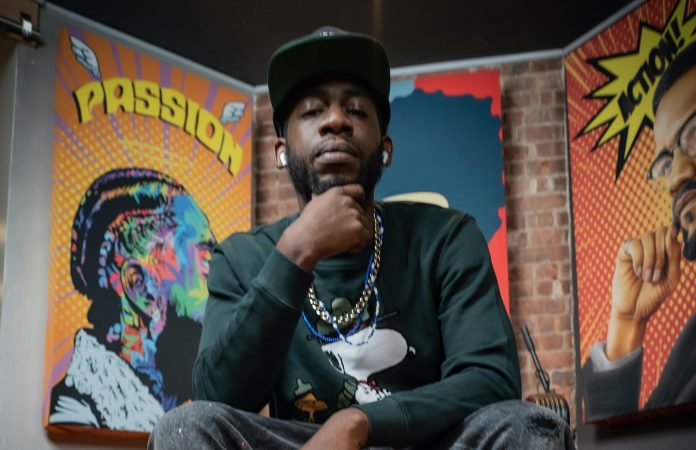 Recently Crown Heights rapper Bam Roc delivered his momentus new single titled, “Bloc Work.” Building upon his previous efforts since he was a kid rapping on blank tapes over HOT 97 instrumentals, this Brooklyn upstart gives fans bar after bar of lyrics to keep the listener locked in.

“I came across Axel Beats Summer of 2017-18 and I saw his beats had a large impact on drill music in Brooklyn, so I searched him up on YouTube where he had a variety of beats,” Bam Roc explained.  “It took me some time to find the right beat because I like to go off of a feeling and vibe when I write and create my work. I don’t like to force the music, to me when you do that it takes away from the authenticity, but once I found the right beat for my single Bloc Work I knew I had something.”

Remaining true to his upbringing in Brooklyn, Bam Roc has grown from a kid to a man through rap and you can hear it in his lyrics and sound.

“I’m from Crown Heights, Brooklyn born and raised, I love my neighborhood – there’s a lot of different cultures and races it’s a very diverse place.  We also have the big Caribbean parade also known as the Labor Day Carnival – the food is amazing.  Growing up I always had something to do, from jumping bike ramps, to playing man hunt, to seeing fights it was different but I wouldn’t change where I’m from for nothing. It taught me a lot growing up as a kid and now a man.”

Rapping since the age of 12 and watching my family The Ranjahz try their hand at the music industry, Bam Roc used to record over instrumentals as a kid but basketball was his dream through junior high and high school.  By the time Bam Roc turned 18 years old, he was taking the craft more seriously and released his first official remix to DJ Unk’s “Walk it out.

Teetering on the boundaries of multiple genres of music, Bam Roc describes his music as Hip-Hop, but a mixture of different cultures combined with Drill music to cater to the ears of his people in NYC today.

“My music is more Hip-Hop, but my style has a mixture of different cultures. I listen to a lot of Rock and Pop music as well from the early 2000’s and I also like to cater to the people’s ears. Drill music started for me in 2018 where I decided to switch it up a little bit and work on adding another style and flow to my arsenal,” Bam Roc explained. “Working on Drill music helped me channel my energy more when recording, giving off a different flare.  Knowing I can be lyrical I blended the drill with my Hip-Hop and I created my own style for people to listen to and gravitate towards”