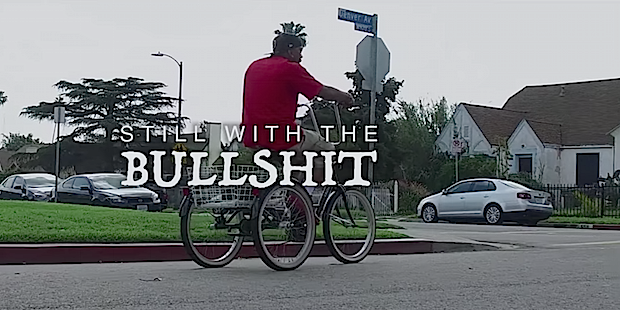 Donning one of the most noticeable names in Hip-Hop today, South Central LA based rapper Figg Newton is more than just a rapper with a clever name.

Kicking things off Figg Newton drops his self directed visual for “Still With The Bullshit,” which also features the co-direction from up and coming videographer, Fullgrind.

“‘Still With The Bullshit’ was produced by Lfinguz, a producer and engineer out of Sacramento, CA.” Figg Newton explained. “It’s basically like a majority of my other music – this is a real life narrative perspective of life on Figueroa St., in LA.”

Despite the bullshit, Figg Newton is focused on his FASTLANE movement that developed when Figg Newton was in prison.

“I had a natural love for music as a child, but I started getting serious about making music in prison. Eventually that led me to doing research about the business and upon my release I began to record,” Figg Newton said.

Following up the Streets Wont Let Me Chill 2 release, Figg Newton is gearing up for a bunch of new music that he’s been in the lab cooking up.

“Be on the look out for U Figg Me 2, the digital release of U FIgg Me 1 and also We Started The Woop Compilation, which features a lot of other FASTLANE artists,” Figg Newton said.