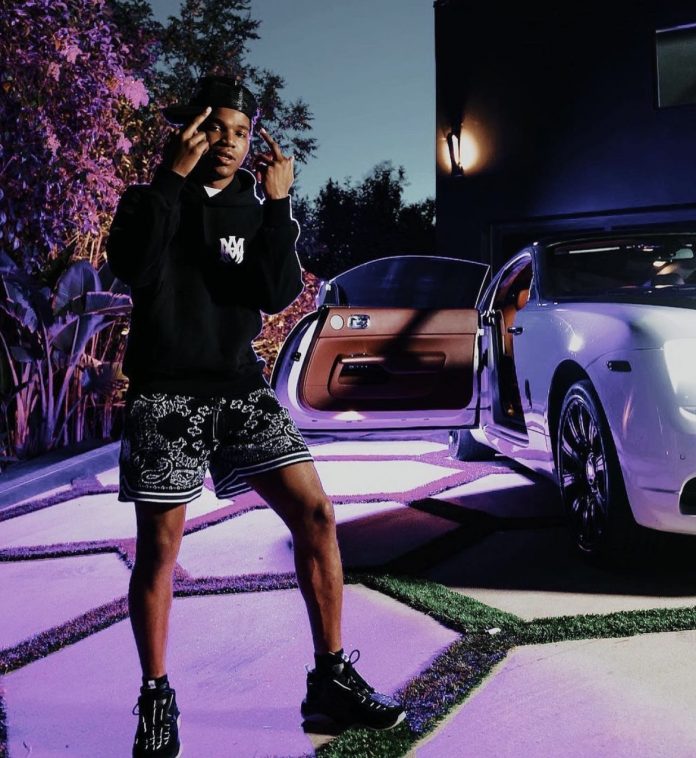 HULKSICKO! is an independent artist who is ready to advance his career in the music industry. He lived in the Bronx up until the age of 14 years old. HULKSICKO! Feels that he learned most of his toughest lessons there. From there on out, he went upstate and a few other states after. Right now, HULKSICKO! currently lives in Los Angeles. He came out here earlier this year on vacation and ended up staying four months longer than expected. He goes on to say “After I created a routine and knew I had the right energy around me I knew it was gon be a better fit than New York for what I wanted to accomplish. There’s a lot of temptation in New York, when you got time on ya hands you could get ya self into something you might not want to.”

HULKSICKO! has been in the game for quite some time and the success did not happen overnight. While talking about the start his music career, HULKSICKO! responded “I started making music for fun in 2017 and started off as just writing down freestyles in class, cause I didn’t wanna do work. At the time it’s end of my freshman year I just got two division one offers so I didn’t think anything of music. The next year spring I find out I was going to need to have three hip surgeries and probably won’t play again until senior year.”

When describing his genre, HULKSICKO! makes music that is music is somewhere in between rapping and singing. He wouldn’t necessarily call himself a “traditional rapper” or “singer” but, he is definitely in his own lane which separates him apart from the rest.. On the other hand, HULKSICKO! uses his craft to express himself whether it is a certain emotion, or vibe, or memory. While perfecting his craft, HULKSICKO! goes on to say “It took me a long way to get there at first cause when my rapping sounded off I would switch back to singing and vice versa, I don’t think I really find my sound I liked until 3 years of recording.”

HULKSICKO! is an artist, entrepreneur and family man. He is inspired by many and is motivated by those closest to him. He goes on to say “My motivation mostly is my mother who came to America from Liberia in hopes for a better life. She didn’t have a mother for most of her life so it’s important for me to give her a life she never thought she could have. I’m also motivated by brothers which is something I am thinking everyone should do is keep people around you who are like-minded in the sense that they have similar goals as you. That way y’all gon’ motivate each other in different ways.”

This is just the beginning for HULKSICKO! Right now, he has been working on a lot of video content and adjusting to his life on a different coast. Before he puts out any major project, HULKSICKO! would like to have one record that everybody knows. Although he does have a lot of unreleased music that he could push out a project with, he just wants his first established project to be one of those albums with no skips. Be sure to tap in with HULKSICKO! on all streaming platforms!