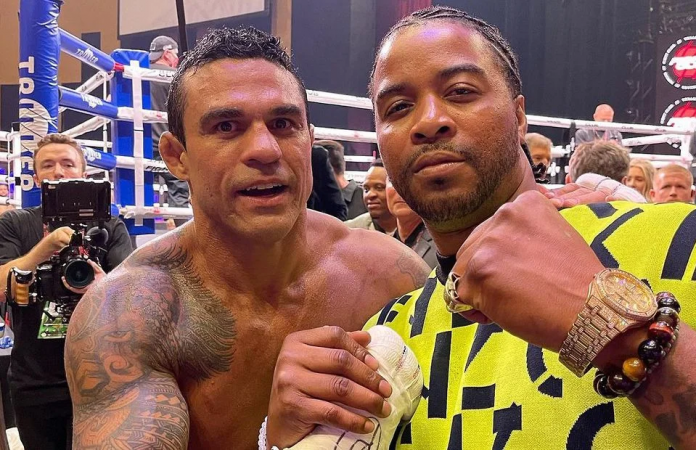 The record and music video is boxing/fighting themed, beginning with an introductory ring announcer — portrayed by Bizkit’s production partner, Butta — Fitting, as rap has always been described as a “contact sport,” for the competitiveness of the artform as well as the violence it is capable of inducing. Irv Da God’s round consist of a fluid and technical style of rapping, resembling that of a pacier, quicker fighter relying on his skill and brains rather than brute force. Beginning with successive boxing idioms and finishing each bar with clever world play.

Rain on ‘em like April and give them Mayweather.

Give me a headcount, get down for the 10-count. Whoever counted me out can get knocked out.

In between each round, Bizkit serves as a pseudo corner man delivering an inspirational and anthemic hook, before Sticky Fingaz takes the proverbial ring for his own. The “Get It Up” emcee’s entire aura is based on the aggression that his raspy voice and boundless energy provides. And if Irv Da God’s verse was that of a technically proficient fighter, Sticky Fingaz represents the overwhelming knockout artist, as he delivers aggressive verbal attacks.

Representing Vitor Belford, Sticky goes on offense with his raw and vivid lyrics, while shouting out the former UFC heavyweight champion:

You Punch like a soccer mom. I swear to God I’ll break your legs and drag you into the Octagon, when you boxing with The Phenom.

Combined the trio put on a show, previewing the highly anticipated bout between Holyfield and Belfort. Shout out LITH Token who organized the project.