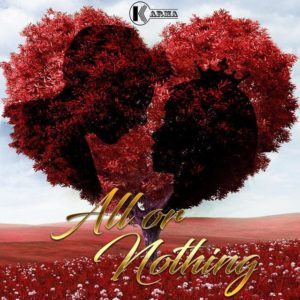 Throughout time, the roles of women have changed. Before, women were treated with respect, and a non-gentleman was hard to come by. In more recent history, women have become individuals who express themselves in different ways. As they have evolved, men stepped away from traditional courtship and have turned to using compliments and other forms of flattery to attempt to “win” a girl over before breaking her heart. Because of this, now more than ever, many women aren’t treated with respect but are treated as objects in their relationships.

Decades ago, men did things for women like open doors, pull out chairs, walk women to their car, and so on. This was and is still called chivalry. Although many studies have found that chivalry isn’t necessarily dead, many have begun to shy away from it with the rise of feminism, which encourages women to open their own doors, pull out their own chairs, and take care of themselves.

The goal of chivalry was never to do something for a woman because she couldn’t, but because men wanted to treat her like a queen. Many women still long for a man that will do this for them. A new song by Karma, an up and coming artist from London, is letting women know that true gentlemen still exist and will put “All or Nothing” into their relationship.

Karma started in London. The electrifying city inspired him to discover who he wanted to be as a musician. From the full-bodied West London streets overflowing with artists and music, Karma ended up staring out of a plane window until he landed in Hollywood.

After speaking with an American producer online, Karma was running full force to his Los Angeles dream. In L.A., he knew he could find his flow in a professional studio surrounded by other creative minds with the same passion he had.

After a few energetic days, Karma left the studio with three singles, including “Destined for Greatness,” “We Almost Had It All,” and “All or Nothing.”

Karma is a down-to-earth, self-motivated person who always seeks to surpass his own goals. In his opinion, life is limitless and possibilities are endless. He believes that limits only exist where they are created, and he hopes to show his personality through his deep-seated and personal lyrics and passionate songs for years and years to come.

When it comes to music, Karma loves to explore all genres, but his own style is Hip Hop and R&B. He puts a twist on the sultry sounds of R&B by bringing a unique and fresh voice to the industry. Karma is influenced by Eminem and his genius lyrics as well as the heart and should find in Pac. He enjoys listening to artists like Usher, Neyo, and Mario.

Music is a part of Karma, so he will never give up on his music. He aspires to be a prominent member of the music industry to help inspire others as those who came before he inspired him through their songs and one line of lyrics at a time.

Karma hopes to find his way back to the states where he can unravel his own dream while inspiring others to chase theirs.

“All or Nothing” is meant to be a lyrical gift for the ladies. Inspired by the way societal roles have changed and how chivalry has seemingly been lost in the shuffle, the song talks about bringing back those times where men were gentlemen. The song aims to show the world what it means to be a man who truly cares for the needs of his woman.

In addition to sending a message to the men of the world, “All or Nothing” also gives women around the world reassurance that gentlemen still exist and there are many men who want to treat the women in their lives like absolute queens.

For more information, or to listen to the song and learn more about the artist, visit musicbykarma.com. If you’d like to have the song on your own device, it is available on Spotify and Apple Music. To contact Karma, visit the “contact us” page on the website and fill out the form.