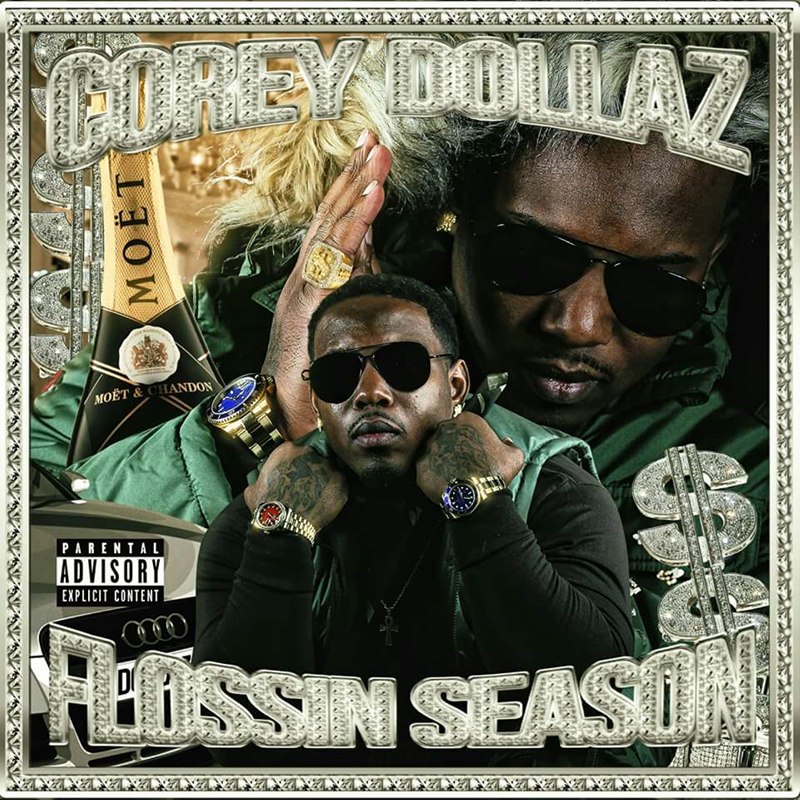 Corey Dollaz has been on a mission to break into the music industry since recently launching his record label Big Dollaz Records.

After spending some time in the pen, Corey Dollaz is back on the streets building a buzz throughout the state of Michigan with the release of Flossin Season a 12 track mixtape which is now available on all digital streaming platforms Apple Music, Tidal and Spotify.

Songs such as Flossin Season, Everythang ft. C-Note, That’s My Life ft. Max Hilli will take you back to the Cash Money Records days when Mannie Fresh was handling the production and Juvenile, B.G., Turk and Lil Wayne was known as The Hot Boyz.

He will literally take over the streets of Michigan with songs such as Don’t Even Think, Stop Cappin. ft R. Payso and Gotta Have More ft. J. Mitch and Nee Nee Da Goddess which is a song that caters to the women.