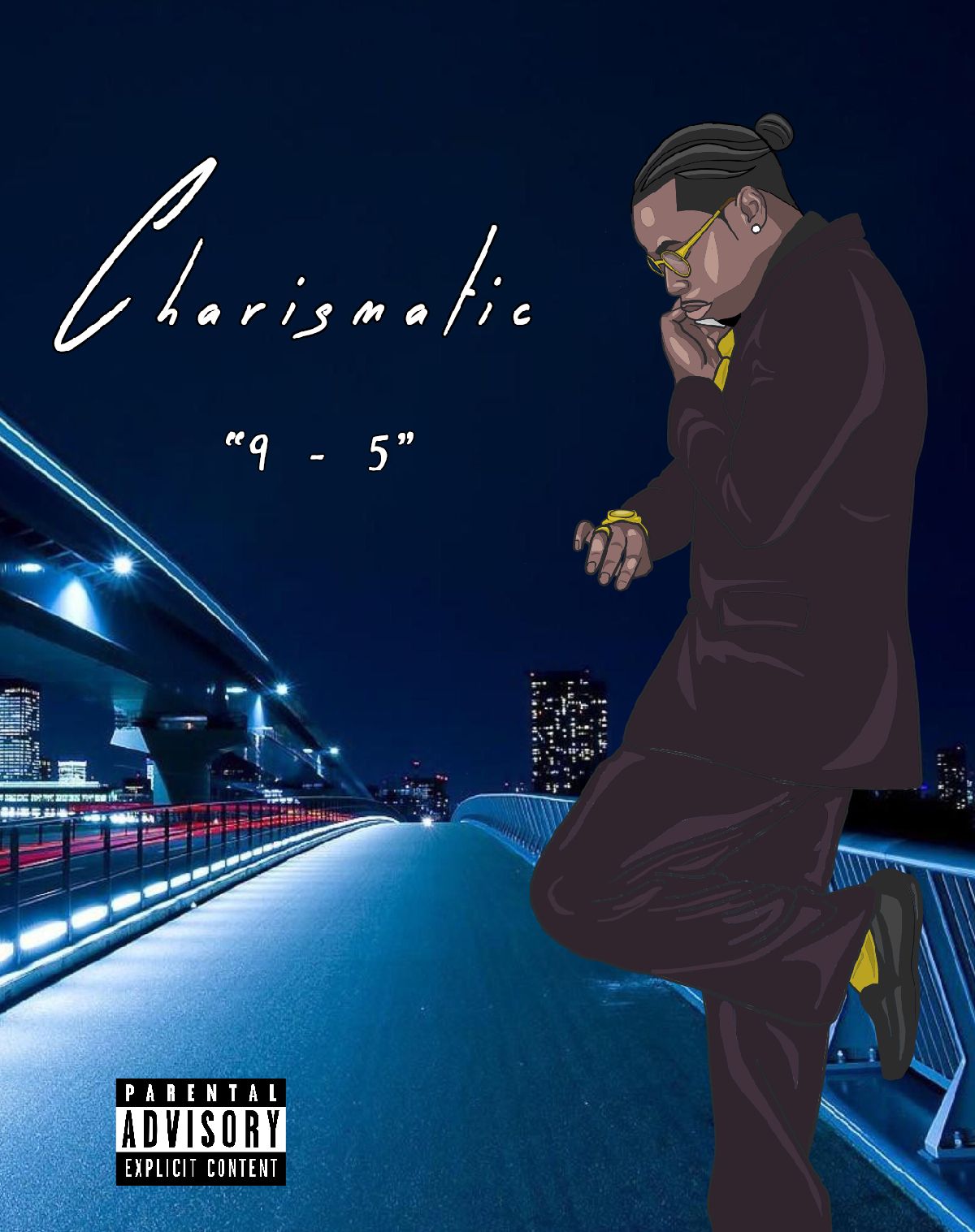 Charismatic begins his new video by painting a picture of the stress a “9-5” lifestyle brings to those in the matrix. He flips it into a true hustler’s anthem, “I stay on my grind, so Fuck a 9-5 (yeah)”.

It all started with the birth of Cole Pitter formerly known as “Charismatic” in Queens, New York. He grew up in Jamaica, Queens (Cambria Heights) with his mother and sister while facing the hardships of living with one parent in a middle waged household. Charismatic (Matic) later moved to Georgia to live with his father when the time arose. He frequently went back and forth to his hometown every year of his childhood. While in his early teenage years he at first had dreams of becoming a professional basketball player but when he realized that wasn’t his God-given calling, he took a different route, that was of rapping and artistry. He felt rapping was a way of spreading his undeniable lyricism to the masses. Coming from humble means and a middle-waged household, Charismatic has a vision to change the world and help people struggling all over to achieve what they’ve always wanted to in their lives! He also has a passion to change the stereotype that in order to make it huge in the rap game, you must fit a “specific image”, or ultimately have a “gimmick”. Hip hop today is so controversial but also uplifting in many ways so by letting people know you can create music in your own unique way without having to be something your not, Charismatic thrives at that! He is consistently working on making classic hip hop/music that leaves an impactful message. Rapping seriously since he was 15, Charismatic has constantly been perfecting his flow and his music can be found all over the internet. Hence sites such as: http://youtube.com/charismaticboss, http://soundcloud.com/charismaticboss, and http://charismaticboss.com. Charismatic has performed several times at various venues including Vinyl, Scores, Dudley’s, Club Vibes, Barrazo’s, Throwbacks, Cafe 290, Club Crucial, an Atlanta Unity retreat, the Red Night Club in Chicago, Illinois, and at various other clubs/talent shows in different states. His music has been played on natioanl radio spanning from St. Thomas of the U.S. Virgin Islands to WATB 1420 AM in Atlanta, Georgia. Charismatic was also interviewed on “1420 AM”. He also did a commercial for TBS with their segment “Great American Moments”. He has also premiered on a variety of online music sites including the world famous “worldstarhiphop.com”, “datpiff.com” and “spinrilla.com”. Charismatic was also featured on some national mixtapes including “NEXT UP VOL 144” WHICH CAN BE DOWNLOADED HERE: http://coast2coastmixtapes.com/mixtapes/mixtapedetail.aspx/nextup-mixtape-vol-144

Charismatic has many different opportunities but is looking for the best complete offer and record deal to take it to the very top. Record Labels and A&R reps can contact his manager Moni at (678)800-1798 or via email: charismaticboss@gmail.com