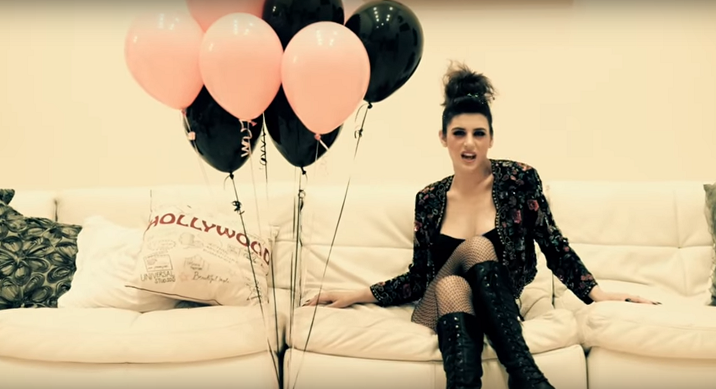 Get It On ITunes: http://apple.co/2Al1lvD

EYA was born and raised as a California girl and moved from the Bay Area to LA to pursue her acting career. EYA is versatile in many fields and loves learning just for fun. As a young teen, she enrolled in fashion school at Academy of Couture Art and won Miss Teen Couture 2010. In 2012 she graduated from the famous Lee Strasberg Theater & Film Institute. EYA broke into the world of modeling in 2014, appearing in many successful ad campaigns and was chosen to model for multiple designers at LAFW. She currently is studying at The Groundlings and writing, producing, and acting in her own YouTube videos.

EYA’s music career blossomed unexpectedly when she met Taryll Jackson, from the famed Jackson family and musical group “3T,” in post production on an indie movie she wrote & produced. Taryll gave EYA her first singing lesson, and since then the duo has been hitting the studio hard, creating original, hot, danceable songs shaped by Taryll’s exceptional talents in writing,

Instrumentation & production, and given youthful expression by EYA’s strong, rich, velvety voice. They are justly proud of their first album

For everything on Eya, follow her on social media @everythingeya ( Twitter, FB, IG) or go to www.EverythingEya.com