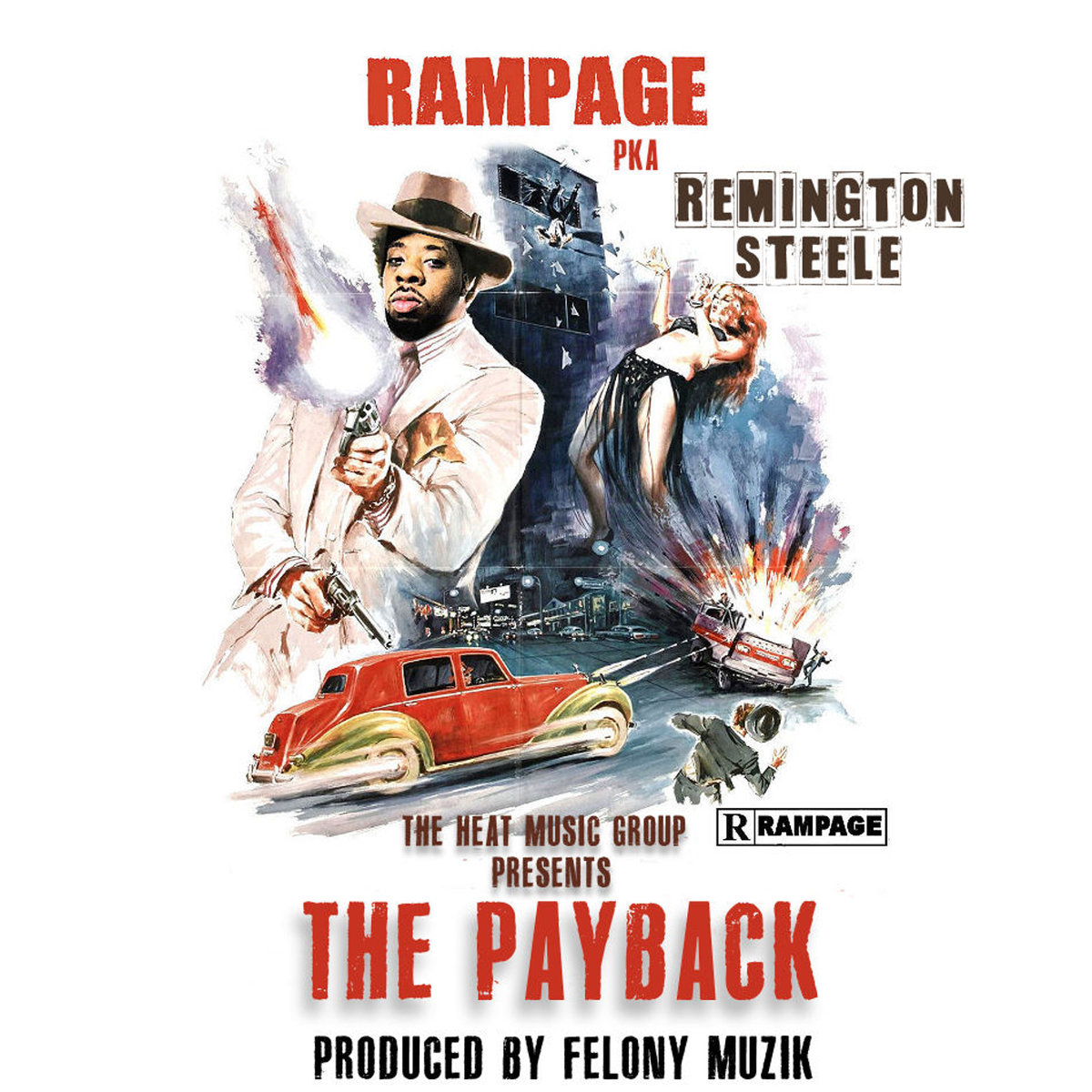 Flipmode Squad’s First Lieutenant, Rampage along with The Heat Music Group is proud to present Remington Steele: The Payback Mixtape.

The 13-track mixtape is a follow up to his first Remington Steele mixtape and was wholly produced by Felony Muzik. The mixtape features appearances from Conglomerate member Baby Sham (“Filthy McNasty”) and some fresh new faces such as Dayo G. (“The Oasis”), P-Thoro (“Trouble”), vocalist Londyn Blue (“Money Bags”) and Nick Perkins (“It’s Over”).

The overall production from Fel is amazing, very well put together. The vibe of the beat connects to Rampage’s lyrics and enhances the tracks overall. The mixtape will be part of the movement to bring real hip hop back to what it should be. You can pick up Remington Steele: The Payback, free to download, on bandcamp.