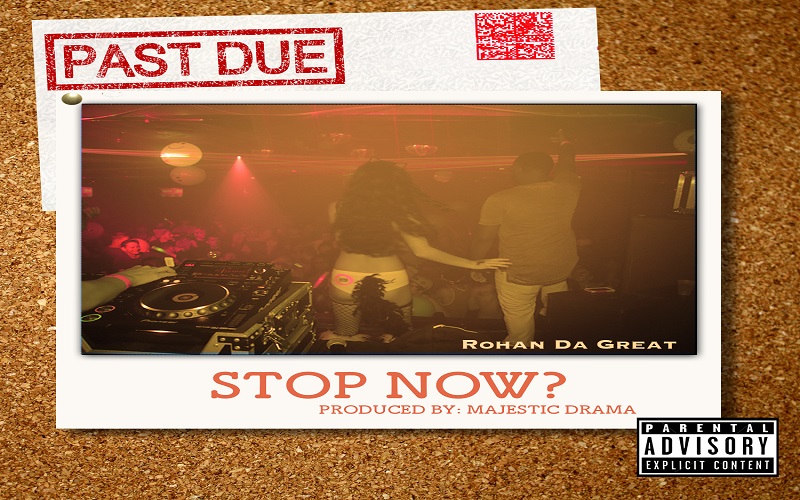 Rohan Da Great is on fire! We have been paying attention to his grind and to his music. We recently featured him spitting fire over Kanye West’s “Real Friends” & Drake’s “Summer Sixteen” instrumental for the premier of Tent TV’s #TheBarBrigade. This time he’s back again with his latest original track, “Stop Now?.”

After the mega success of his collaborative EDM joint with Dani Deahl, “SMYK,” and a strong showing with “Only One,” RDG taps back into his hip hop realm with a taste of his Reggae roots. “Stop Now” produced by Majestic Drama is an “ode to everyone who’s chasing their dreams despite the opposition from the haters and naysayers.” About “Stop Now” Rohan explains,”Stop Now” is a motivator and definitely a track you can bump in the club or in your car. It has that vibe that anything is possible and if you continue to work hard and grind, you will always come out as a winner.” With the blogs, websites, show promoters and radio stations starting to take notice, why would Rohan Da Great Stop Now? Rohan’s EP The Real drops this summer.